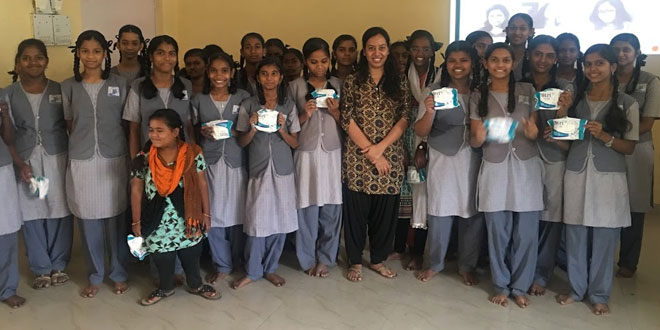 New Delhi: “We live in a country where 88% of the menstruating women depend on unhygienic alternatives like cloth piece, sand, newspaper, husk, etc. Women don’t feel comfortable in talking about something as natural as sweating or breathing. Menstruation is not a sin, curse or a disease; instead it is a life giving process. It is neither a dirty word nor a taboo”, says 39-year-old software professional Geeta Bora, who left her well-paying job in US and came back to India to create awareness about menstruation.

Geeta came to India in 2016 for a long vacation. During her explorations, she met different people and came across different problems prevailing in the country of which lack of menstrual hygiene caught her attention. 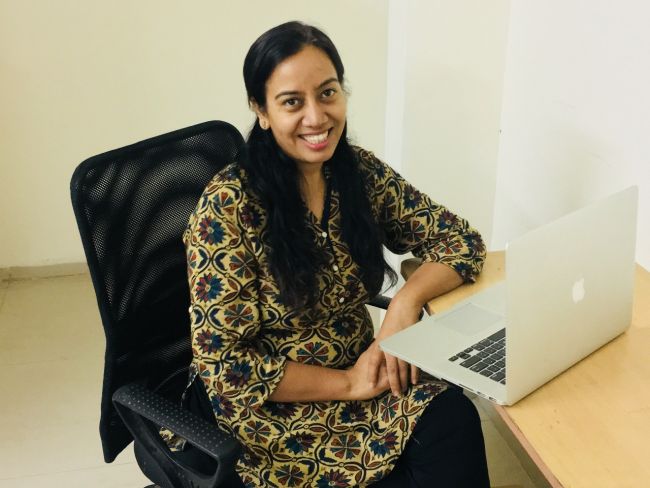 During my exploration, I met a woman who invited me to her place. After 3-4 days I visited her and got to know that she is no more. I was shocked as back then she seemed pretty fine to me. What could have happened to her all of a sudden?, Geeta recalls while speaking to NDTV.

On enquiring, Geeta got to know that the woman died because she used a blouse instead of a sanitary napkin during her periods. The metal hook of the blouse led to an infection which further led to her death. This particular episode moved her to act and do something. So what started off as a long vacation for Geeta, turned into her life’s mission.

After this incident, I thought I should do something and for that I left my job, came back to India and started Spherule Foundation in Pune, says Geeta.

Spherule Foundation started by Geeta aims to bring about sustainable change in people’s lives and create an equal and sustainable society. In that direction, the NGO is working on three projects, – Women Empowerment And Entrepreneurship Program (WEEP), School Menstrual Hygiene Program (SMHP), and Moontime, a book for girls on menstruation to break taboos and myths.

There are three major reasons why sanitary napkins are not used in remote areas, villages and small cities. The very common is the myths associated with it like using sanitary products will lead to pregnancy. The other two being, most of the shopkeepers are men and women are hesitant in asking for pads from them, and good quality sanitary napkins are expensive, says Geeta.

With ‘Women Empowerment And Entrepreneurship Program’, Spherule Foundation plans to educate and bring awareness among women in rural and slum areas. The team educates and trains women representatives in each area so that they can further spread the message of menstrual hygiene and make more and more people aware. To solve the problem of affordability, the team provides ‘Stri’, low cost sanitary napkins, to women residing in rural areas and charge only Rs. 300 for an entire year’s supply. 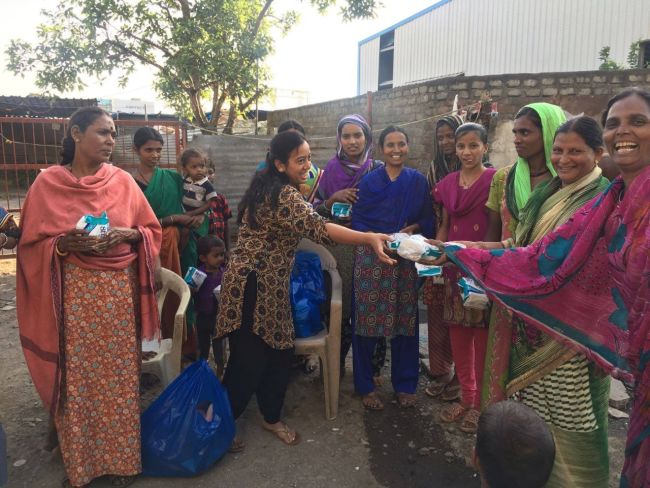 As of now, we have sold 6,000 sanitary packs and distributed 13,000 packs for free. People living in Odisha don’t have money to eat, how will they buy sanitary napkins. So, those who cannot afford it, we distribute it for free. Currently, we procure sanitary napkins directly from manufacturers so we get it a cheaper rate, but we also plan to set up our own sanitary napkin making machine which will further reduce the cost of sanitary pads, says Geeta.

Due to lack of awareness and access to hygiene products girls skip school for 4-5 days, every month during periods. In rural areas, mothers refrain from talking to their children about periods. Girls are not allowed to play or participate in regular activities while they are menstruating. With ‘School Menstrual Hygiene Program’, Geeta is trying to overcome all these issues by educating school girls about menstruation.

When I interact with girls residing in slum areas, I come across dozens of myths they live by. They have too many queries and questions. Sometimes, even I fail to solve their doubts. To answer all the questions and break the myths associated with menstruation, we are coming up with a book ‘Moon Time’, says Geeta. 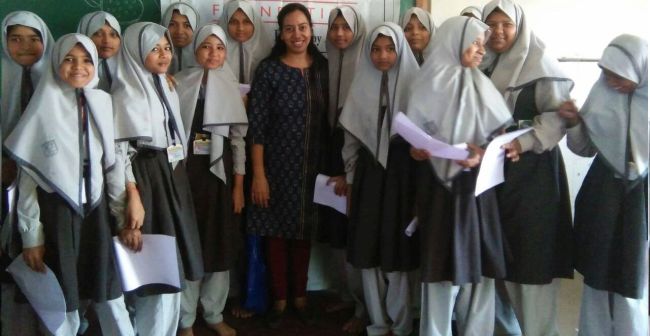 After an awareness session

‘Moon Time’, a comic book is an effort to answer all the queries of young girls and make them understand the entire biological process. For the content, the team has taken help from 12 different doctors. The team could have considered only one or two expert, but they wanted to be sure about the information they pass on through their book and for that they contacted different doctors. The objective is to make young girls understand the concept of periods in an easy yet effective way.

I dream of a future where menstruation is not considered as a taboo, but welcomed as a transition into womanhood. So many people are working towards spreading the message of menstrual hygiene, but still a lot needs to be done and for that we all need to come together and start a sanitary revolution, signs off Geeta.