New Delhi: “Pollution is nothing but the resources we are not harvesting,” once said R Buckminster Fuller, an American Inventor. Mr Fuller’s words seem apt for Graviky Labs, a start-up with Indian origins that sprang out of Massachusetts Institute of Technology (MIT) Media Lab, turned something as hazardous as air pollution from vehicles into something as useful as ink, named Air-Ink. Their process starts with a device called a Kaalink (a variant of the Hindi word for black), a filter that grabs black carbon soot, including particulate matter between 2.5 and 10 micrometers in diameter, from vehicles and industrial chimneys before it enters the environment. The captured pollutants are then recycled into safe, high-quality ink that can be used for screen printing or by artists for painting purposes. According to Graviky Labs, 30 ml of ink (enough for one pen) the filter captures is equal to air pollutants that a car emits in 45 minutes. 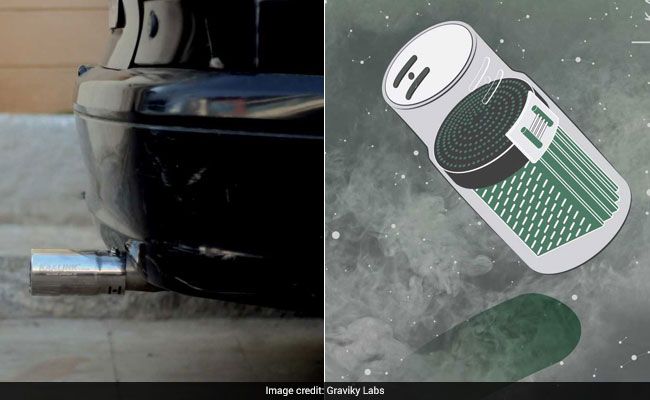 How does Kaalink work and Air-Ink created?

1). Kaalink retrofits into the exhaust pipes of vehicles, diesel generators and industrial chimneys to capture the air pollutants emitted. Notably, the device does not affect vehicle or engine performance. 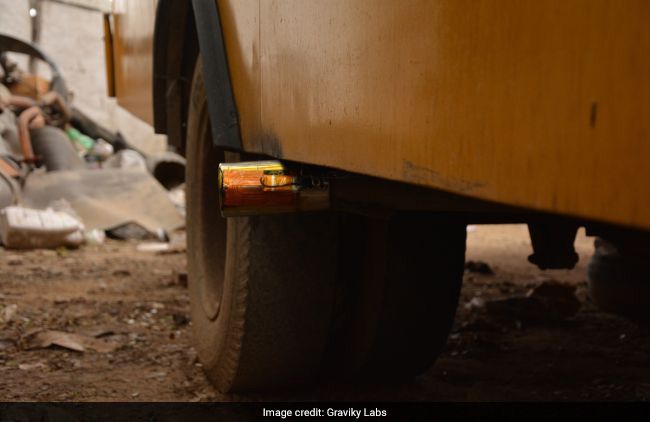 2). Soot collected by Kaalink then undergoes various processes to remove heavy metals and carcinogens. And the waste generated during the process, get sorted and recycled by a leading waste management company. The end product is purified carbon based pigment.

3). In the final stage, the carbon is then taken through another chemical process to make different types of inks and paints, and this then undergoes strict quality control. Several industrial formulations are prepared and tested. This stage involves packaging as Air-Ink for markers, screen printing etc.

Since, the process of making Air-Ink not only eliminates soot from polluting the air, but it also doesn’t burn extra fossil fuels that making regular black ink does – Air-Ink is better than black ink.

The process of creating Air-Ink carefully detoxifies heavy metals and particle carcinogens from the soot or carbon. The pollutants which could have been in the lungs of millions of people are now beautifully resting as art, said Graviky Labs team.

Air-Ink can be used in a number of ways from screen printing on t-shirts, murals, sketching and even incorporated for printing on products. 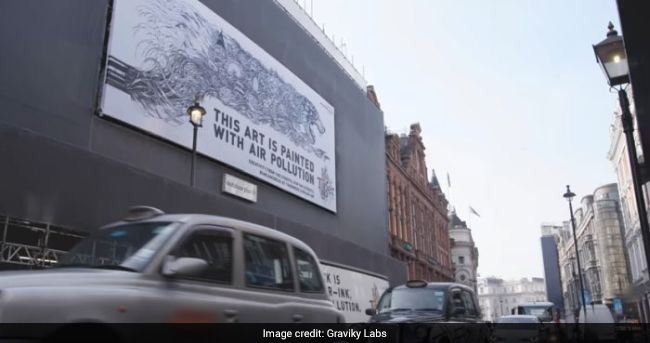 Graviky Labs team posted their endeavor on Kickstarter earlier this year, and successfully collected over $41,000 – nearly three times the donations they sought to start producing Air-Ink in larger quantities. Furthermore, Graviky Labs has also got a sponsorship from Tiger Beer company in London, and they have already started distributing Air-Ink to artists, who are using it to create art pieces, murals and even printing the ink on clothes. 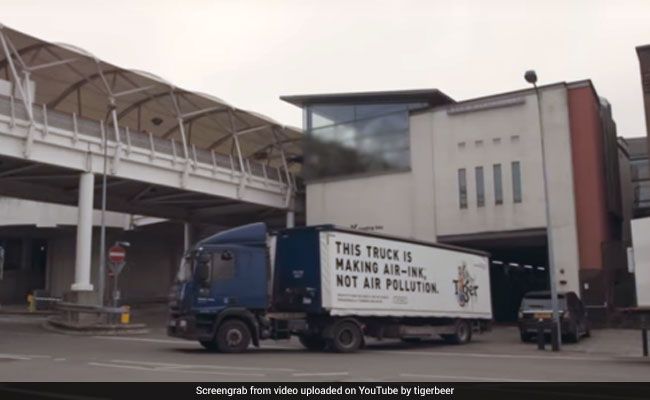 As part its collaboration with Tiger Beer, Graviky Labs team installed five Kaalinks on Tiger beer delivery trucks in London. The Air-Ink produced from these trucks were then used to create murals which were installed on the trucks with a message – This truck is making Air-Ink, not air pollution.

In October, artist Pavithra Chowdappa created an artwork using Air-ink and was exhibited at a weeklong art, environment and sustainability festival named Roundglass Samsara in Bengaluru. Pavithra highlighted that the artwork created using Air-Ink contains 130 minutes worth of diesel car emission. She also provided the Graviky Labs team with feedback on ink properties. 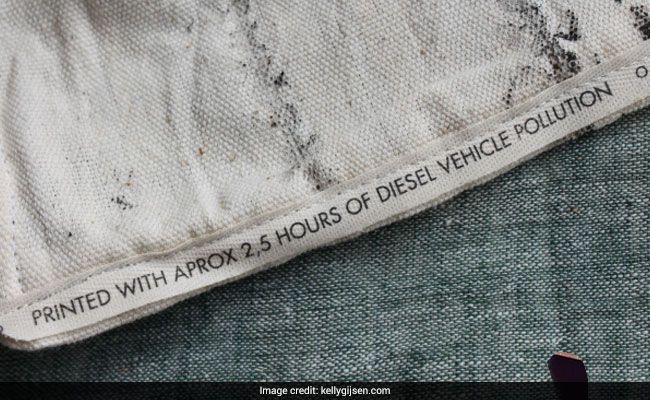 Kelly Gijsen claimed that the amount of ink used for each scarf was generated from about 150 minutes of vehicle pollution. Notably, the collection of scarves was also presented at Dutch Design Week.

Everyone on the initial Graviky Labs team is from Delhi, one of the most polluted places in the world. Living in Delhi helped the team understand how big the problem of pollution is first hand, and led them to work on a sustainable solution. The team at Graviky is also working on pollution sensors that can help people gauge air quality where they live.

In future, Graviky Labs aims to start phase-wise pilot project across Delhi, under which they will install Kaalink devices in diesel generators across commercial establishments, and also sample air pollution data every month.

Post Your Idea: Know of an innovation or a start-up working on solutions to tackle Air polltion? Share their story here.

Pollution Crisis: Leaders Ask Centre To Coordinate With States For A Cohesive Fight Against Pollution