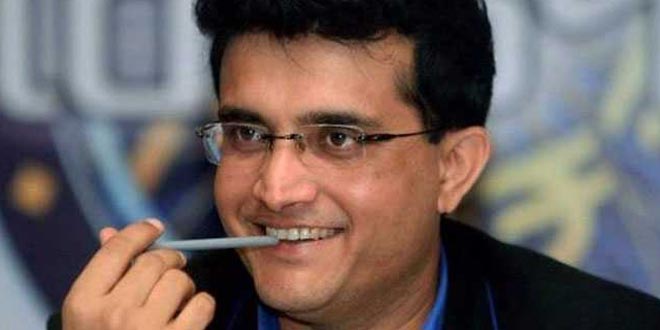 New Delhi: A known face across households for his stadium clearing sixes and his awesome off-side game, former cricket captain Sourav Ganguly is now batting for waste segregation. Mr Ganguly, who was appointed as an ambassador for the Swachh Bharat Abhiyan in 2015 by Prime Minister Narendra Modi was recently at Gurugram, speaking on the importance of waste segregation and inculcating the values of proper waste management in children, who would go on to become future citizens of India. The occasion was the launch of the city wide waste segregation initiative called ‘Alag Karo – Har Din Teen Bin’ under which residents will be encouraged to segregate dry, wet and sanitary waste in three differently coloured bins.

Gurugram, a commercial hub with several multinational companies having their headquarters in the city has failed to perform accordingly in terms of maintaining cleanliness. The Swachh Survekshan 2017 ranked Gurugram at the 112th position, a rank that can to do with some improvement given the city’s potential, as well as its position as one of northern India’s primary commercial hubs. Municipal Corporation of Gurgaon (MCG), post the rankings said that certain infrastructure was yet to be put into place to achieve complete cleanliness across the city. The city also lacked segregation initiatives and hence it was decided that the city’s civic body, along with the NGO Saahas and campaign Gurgaon Action Plan (GAP) will launch a full-fledged campaign to ensure that resident welfare associations (RWAs) as well as commercial establishments begin segregating waste in the city.

It is our collective responsibility to segregate waste and maintain the sanctity of the environment. Implementation of proper waste segregation and management will ensure that waste is dealt with properly and not carelessly like we have seen it over the years, said Sourav Ganguly.

Gurugram generates nearly 1,000 tonnes of municipal solid waste every day. The MCG estimates that is segregation at source is practised by majority of RWAs, the amount of waste being dumped may reduce by up to 90 per cent. To make segregation at source a more viable option for the city’s residents, the MCG has already begun awareness campaigns so that people know which waste goes into which bin. The civic body has also asked the RWAs to begin their own zero waste plants and has promised technical and financial assistance.

We will also focus on colonies and residences which have started implementing waste segregation, and help them to take their initiatives to the advanced levels. 10 to 15 residential societies have done good work in waste segregation, said Gauri Sarin of Gurgaon Action Plan.

In the coming days, Gurgaon Action Plan is also planning to launch a city-wise programme to replace polythene with reusable bags made out of cloth. The programme, scheduled to be launched on October 2 will take on sector wise replacement of polythene bags from Gurugram’s commercial establishments and provide shopkeepers with bags made of cloth for them to use. The civic body is leaving no stone unturned to ensure that the city becomes better at managing waste and ultimately improve is rankings in the coming Swachh Survekshan.

Trashonomics, A Book That Teaches Children How To Turn Waste Into Wealth