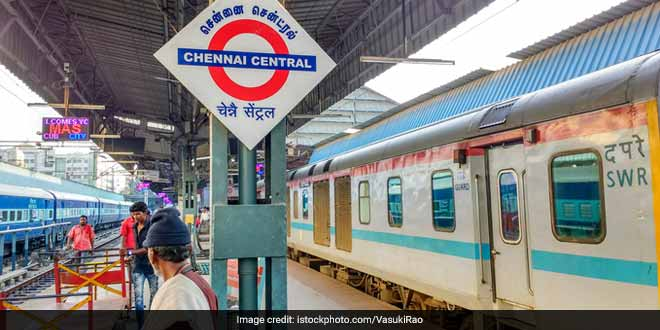 New Delhi,India: In his first speech in February 2015, the former Railways Minister Suresh Prabhu announced the setting up of ‘waste to energy’ conversion plants near major coaching terminals. The vision behind this was to dispose of waste in an environment-friendly manner as well as increasing the coverage of stations under the Adarsh Station Scheme (to upgrade the facilities provided by stations across India). Under this initiative, the Indian Railways installed its first waste to energy plant for biodegradable waste in its residential colony at Kishanganj in Delhi. The plant has the capacity to process around 1000 kg of waste on a daily basis and produce 70-80 units of electricity, which is being utilized for street lighting. And to dispose the waste in an efficient manner, the Chennai division of Southern Railways will soon get its own ‘waste to energy’ plant, with a capacity to process 14.25 lakh tonnes of garbage per day. With a number of food outlets catering to lakhs of passengers, the waste generated at the station is primarily organic in nature and calculates to around 5 tonnes per day. It is this waste that will get processed to generate 229 units of power to be used by the Railways.

A firm based out of New Delhi has been chosen as contractor of this facility, and will be responsible for supply, installation, commissioning and handling of the operations. As part of the contract, they will collect the waste generated by stations and railway establishments and process it at the facility to generate electricity. To ensure that the waste gets properly segregated at the source level, the authorities have also introduced a two-bin waste segregation system at both Egmore and Central stations.

Post the segregation of waste, the bio-degradable waste would be processed in a biomethanisation plant to produce biogas which will be further be used to produce electricity. The non-biodegradable waste (plastics, metal, glass, paper and cardboard) will be given to authorized plastic manufacturers, the residual waste (inert waste collected from sweeping, earth wares) will be given to farmers or nurseries, while the remaining zero-value waste will be sent to landfills.

Interestingly, if the railway’s Chennai division doesn’t produce the waste as per the plant’s capacity then the remaining waste will be taken from the local municipal corporation for processing, a divisional railway official told NDTV.

The work for this facility would start in a few weeks’ time as soon as an agreement with the firm gets signed. The Railways will pay an amount of about 2.3 crore to the firm for a five year contract to manage all the operations, said the official.

Notably, the Indian Railways (IR) handles about 23 million passengers per day (IR, 2015) resulting in an enormous amount of solid waste generation, estimated to be 670 tonnes at major railways stations across the country, which is projected to double by 2020 IR Vision. And, this would significantly alter the current waste management strategy. Recognising these concerns, the Indian Railways is working to build the necessary infrastructure for managing waste in the future.

Poor Drainage And Sewage System Is The Real Cause Of Urban Flooding: Experts