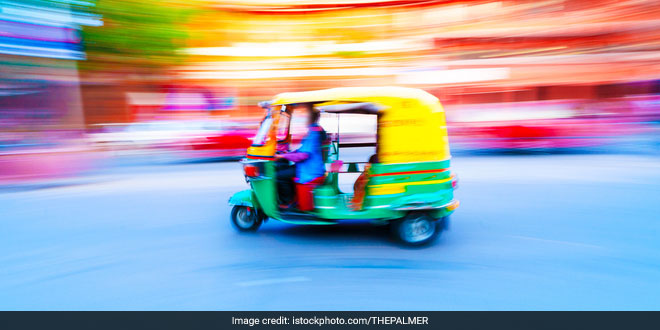 New Delhi:  Ubiquitous on the streets of Delhi are the auto rickshaws that simply cannot be missed in their yellow-green combo. A popular mode of local transport, these CNG powered 3-wheelers are economical and eco-friendly. But this auto is different as it aims to be educative. It seems to have embraced the message of Prime Minister Narendra Modi’s Swachh Bharat Abhiyan and has come up with an ingenious idea to prompt Delhiites to think before they throw! Found zipping on the streets of Delhi, this unknown Swachh warrior of an auto had a dustbin strapped at its back that said, ‘Use Me.’

Delhi does have huge waste issues to tackle. The city is currently struggling. It generates 8,300 metric tonnes of Solid Waste daily and maximum amount of that waste ends up untreated at the city’s already overflowing landfills, where it just keeps mounting. The waste management system of Delhi is in a mess and Delhiites aren’t helping. The national capital performed poorly in the recently held Swachh Ranking that assessed 434 cities of India on their cleanliness performance. Except for New Delhi Municipal Council area (NDMC) which was ranked 7, slipping from its 4th position in 2016, all the other three Municipal Corporations of Delhi (MCD) fared poorly – East (Rank – 196), South (Rank – 202), North (Rank – 279). Though the Urban local bodies are making efforts to pump up city’s swachh game, ultimately it also becomes the responsibility of the citizens to keep their area clean and hygienic.

So Delhiites whether you spot this 3-wheeler or not do follow the message it conveys, use dustbins and do not litter.

4.5 Billion People In The World Lack Safely Managed Sanitation: WHO