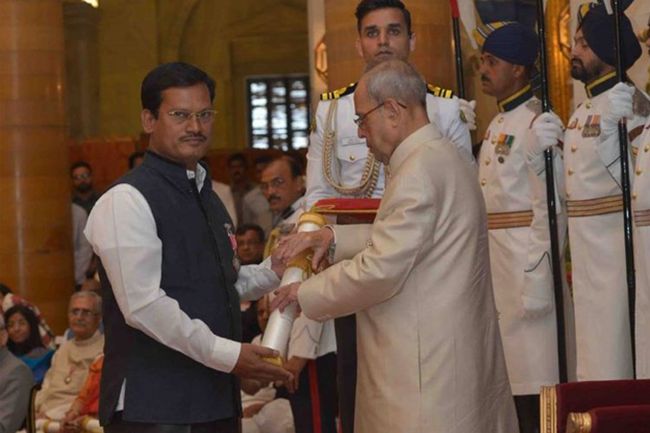 New Delhi: When menstruation was shrouded in blind superstitious belief, meant to be shoved under the carpet as if it didn’t exist or banished in some corner of the house to be hidden from sight, this man made it his focus. He gave women in rural areas access to a modest but effective form of hygiene product, they always needed but lacked.  Yes, we are talking about India’s real Padman – Arunachalam Muruganantham, who gave the world its very own low-cost sanitary pad making machine in the year 2004. He is a school dropout, with no degree in hand and yet, he has won the National Innovation Foundation’s Grassroots Technological Innovations Award at IIT Madras in 2006 and in 2016 received the Padma Shri.

During my early marriage days, I found my wife is managing her periods in an unhygienic manner. She was relying on nasty rag cloths which I wouldn’t have used to clean-up my two-wheeler. When I asked her why she is adopting unhygienic ways to manage menstruation and not relying on sanitary napkins. She replied, ‘if I and your sisters start using sanitary napkins, then we will have to cut our milk budget’.

Trying to impress her wife, Muruganantham next day bought his wife a packet of sanitary napkins, he adds,

When I went to a local shop and asked the shopkeeper (for) a packet of sanitary packet, he was surprised. Then that man looked left and right and wrapped a packet of sanitary napkin completely in a newspaper. I was shocked, I wanted to explore and see, what is exactly inside that everyone is trying to hide. At the age of 29, for the first time, I opened to see what’s inside a sanitary napkin and realised it is just made of penny value raw material – cotton and the manufacturers are selling that at such a high price. That’s when I decided to make my wife a low-cost sanitary napkin all by myself.

In 2000, Muruganantham started researching extensively on sanitary napkin-making companies in the US and started experimenting. First he made a sanitary napkin from cotton which was wrapped in medical cloth; he gave it to his wife for feedback but got disappointed, “My wife said it was so bad that she will go back to her usual practice and further added that she doesn’t want to be a part of this research.”

Muruganantham didn’t lose hope and gave his next set of sanitary napkins to girls in medical college, thinking they were future doctors and would not be shy of giving their opinion. But, he failed again as no one entertained his request.

I finally decide to use the sanitary pads myself; I filled animal blood inside a football and tied it around my waist. There was a small pipe attached to the football that was going inside my pant, so whenever there was a pressure, blood used to come out and that’s how I tried and tested the sanitary pads that I was experimenting with, adds Muruganantham.

On further trials, Muruganantham realised that his sanitary pads will not work. He researched more and found out that a good sanitary napkin needs cellulose fibres, not cotton that are derived from pine bark wood pulp and helps hold the shape of the pad together, and prevent it from dissipating on being soaked.

He didn’t have enough funds to setup a plant, so, he researched some more and developed tools and machinery all by himself at a minimal cost to help him build a good sanitary napkin.

“I worked and researched, it took me 18 months to build 250 machines that can make a successful low-cost sanitary napkins,” says Muruganantham.

After his invention was ready, Muruganantham took these machines to the poorest states of India in a bid to help each and every women just like his wife and sisters.

“Each machine provides employment opportunity to some 10 women, who can collectively produce 200 to 250 pads a day. This is then sold for an average of Rs 2.50 each.”

His ultimate vision is to make India a sanitary-napkin-using country and generate 100% employment opportunities. 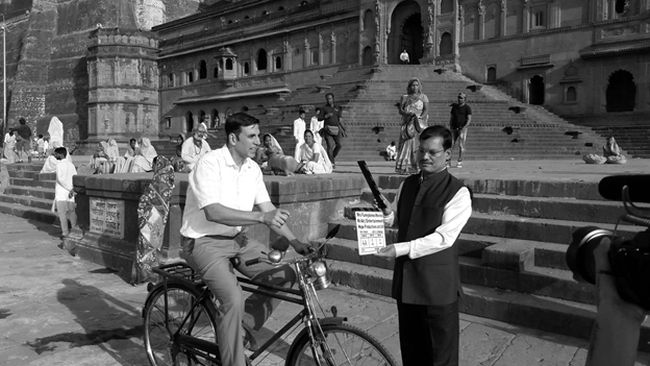 Now, social entrepreneur Arunachalam Muruganantham’s story will hit the silver screen through a biopic Padman, starring Akshay Kumar which is set to release on February 9. The film has been co-produced by his wife Twinkle Khanna who first wrote about on Muruganantham in her book, ‘The Legend Of Lakshmi Prasad’.

Swachh Bharat-Swasth Bharat: 5 Innovative Ways How The Country Is Pushing Its Swachh Agenda, From Open Defecation To Cleaning Up Garbage