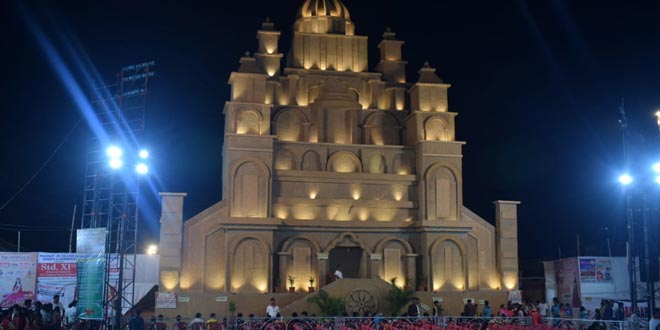 Mumbai: Two days into the grand festival of Durga Puja and a pandal in Thane district’s Ulhasnagar area is turning out to be quite a crowd puller this year. Thousands of people are flocking in and out of a Durga Puja Pandal in the Powai Chowk area of Ulhasnagar, courtesy an eco-friendly spin given by the Maa Shakti Seva Sanstha (MSSS) this year. Taking a cue from government’s Swachh Bharat Abhiyan, the organisers kept cleanliness and waste management as their theme by reusing lakhs of discarded peanut shells in the pandal. 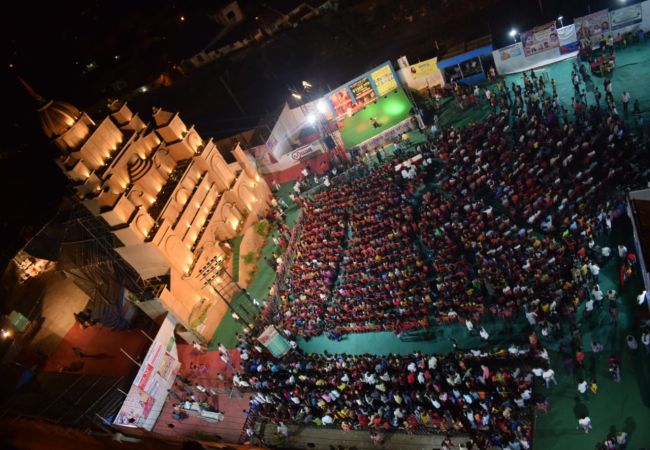 Close to 15,000 people visit the pandal every day

Continuing their tradition of spreading a message on an issue that affects the population at large, the organisers decided to tell people about the need to manage their own waste and keep their surroundings clean.

Also Read: This Durga Puja Pandal In Bengal Has A “Green Message” For Visitors

Talking to NDTV about the unique theme, Santosh Shah, a member of MSSS says,

With the government focusing on waste management, there is a growing trend among people to celebrate festivals in an eco-friendly way causing minimal damage to the environment. Festivals are a great way to spread awareness as lakhs of people participate in them and thus we decided to use this opportunity and spread the message in our own way. 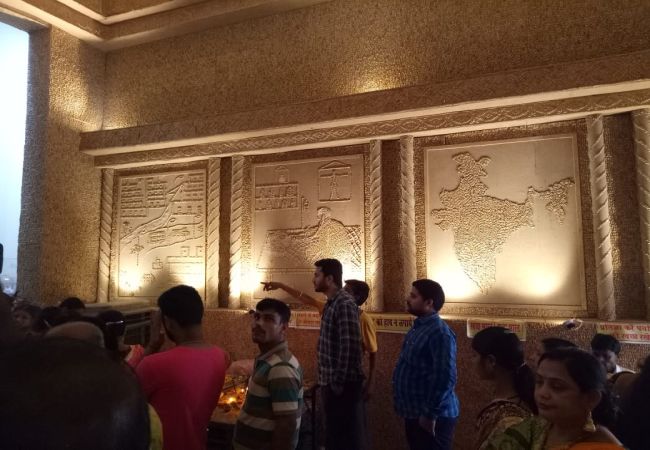 It was in April this year when the team froze on ‘best out of waste’ theme by putting to use used peanut shells as a decorative item. Artisans from West Bengal were hired to design the special pandal. 7-8 artisans tied up with local scrap dealers who collect peanut shells. Over 12 lakh peanut shells were transported from West Bengal to Ulhasnagar four months ago.

Using peanut shells as a decoration item is very common in most of the Indian households and children specially use them in their art and craft classes. Collecting so many shells was a herculean task but somehow with the help of artisans we managed, says Santosh. 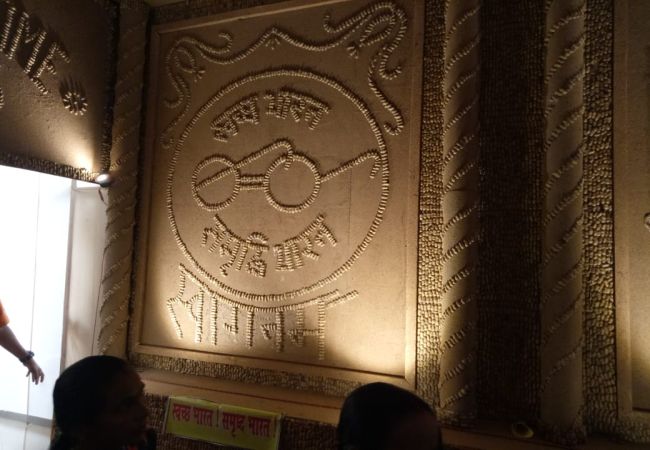 The theme of the pandal is Swachh Bharat Abhiyan

Close to 20 craftsmen started to work on the massive 80 ft tall and 60 ft wide pandal and created art pieces from peanut shells. Painting-like-structures urging people to participate in the Clean India Mission and refrain from open dumping were sculpted with the shells.

We tried to stick to simple yet effective messages. A simple structure of Mahatma Gandhi’s spectacle with words ‘Swachh Bharat’ written alongside took a lot of time, explains Santosh. 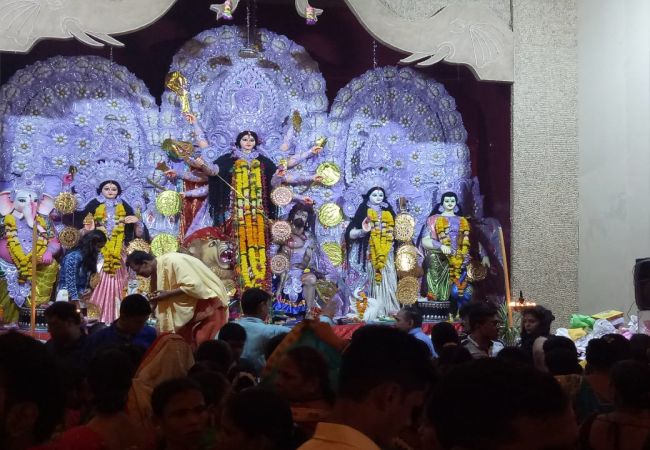 Going beyond the concept of ‘reuse’, the organisers took care of other polluting factors in the pandal as well. For instance, the idol of Goddess Durga is not made using Plaster of Paris (PoP). Instead authentic red soil from West Bengal was used to make the idol. The motive behind this was to prevent water pollution as PoP takes years to decompose when immersed in water.

All kinds of plastic and thermocol items that are usually used in pandals have also been avoided in this unique pandal of Ulhasnagar. Instead of distributing the prasads in plastic pouches or bags, the team is using leaves to pack it. Wood, bamboo and cloth are being used in the place of thermocol items. 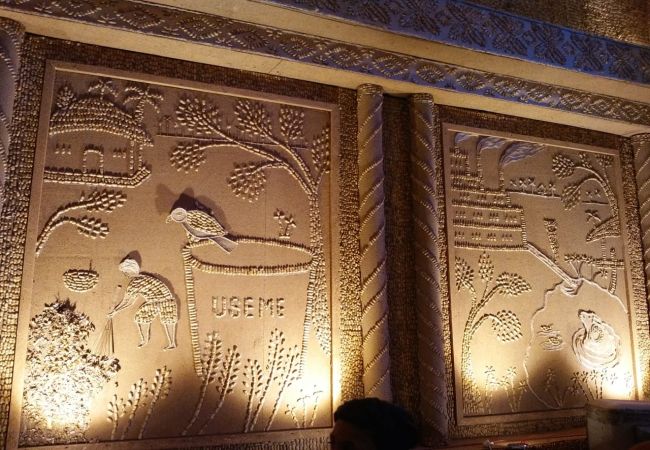 The team has also appointed a cleanliness army that looks after the littering menace. The task of this force is to lift trash as soon as they spot anyone discarding trash in the open despite having access to a bin. “Our team will not only go and lift the garbage but will also request the visitor to not indulge in littering in the future,” adds Santosh.

Further contributing to the swachhta theme of the pandal, the Ulhasnagar Municipal Corporation has asked the pandal to conduct their cultural activities centering around cleanliness and hygiene.

Like in every pandal, we also organise cultural activities like plays, dances and drawing competitions. After the civic corporation gave us their suggestion, we have asked the participants to base their respective acts on cleanliness on the final day of Durga Puja, says Santosh.

To ensure that visitors are aware of all the environment-related problems, the pandal members also make announcements on the future repercussions of our present habits that are hazardous in nature.