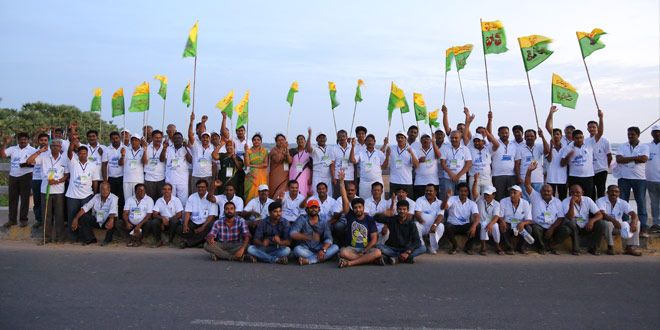 New Delhi: Barely a month after Prime Minister Narendra Modi’s flagship event Swachh Bharat Abhiyan was announced in October 2014, Katta Padmavathi, Sarpanch of Challapalli village in Krishna district of Andhra Pradesh came forward and introduced a campaign titled, ‘Swachh Challapalli’. The campaign aims to achieve at 100 per cent sanitation and cleanliness within 1000 days, August 7 being the 1000th day. As of June 28, it is the 960th day and the village is almost nearing its target.

To help the village achieve this ambitious feat, the village panchayat collaborated with Manakosam Manam Trust (MMT). From eradicating the traditional old practice of open defecation, addressing the problem of open dumping spots, implementing waste segregation in all the households to setting up underground drainage systems and composting unit, Dr B.R.K Prasad and his wife Dr Padmavati, Managing Trustees of the foundation were instrumental in bringing a behavourial change among the villagers.

Of the 4850 households, nearly 520 didn’t own a toilet before the Swachh Challapalli initiative. Within two and a half years, 520 individual toilets were constructed and Challapalli was declared open defecation free (ODF) this year on April 29, on the 900th day of the initiative. 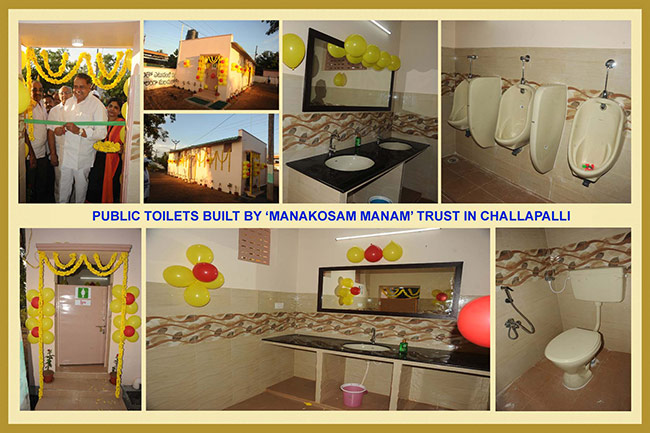 Besides the individual toilets, a large public toilet complex was built for a population of 20,000 residents at the New NTR Park with two toilets each for men and women. Another public toilet complex is under construction and is likely to be ready by August 7, added Prasad Bollineni, Panchayat Secretary. 70 ‘Individual Septic Latrines’ by the foundation were constructed for the poor. Septic latrines are kind of toilets which cannot be connected to the sewage system and are suited for onsite sewage facility. The treated liquid effluent is commonly disposed in a septic drain field which provides further treatment. 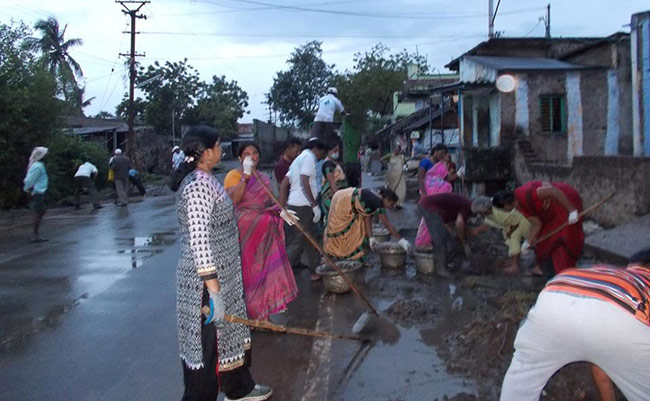 Unlike other villages of our country, if you happen to step outside on roads of Challapalli between 4.30 am to 6 am you won’t be able to find any villager defecating in open; instead you are likely to spot a few panchayat members, Swachh volunteers and the husband-wife doctor duo busy making the village clean.

Volunteers from MMT and the village heads have taken the oath of swachhta under which they have to dedicate atleast 2 hours to activities like sweeping the roads, removing litter from public areas and cleaning vegetable mandis that fall under the Clean India Mission said Dr Prasad.

To increase community participation, the gram panchayat organises cleanliness drives on first Sunday of every month from 5.30 am to 9 am, Villagers come out in large numbers and are quite enthusiastic in bettering their surroundings, said Mr Bollineni 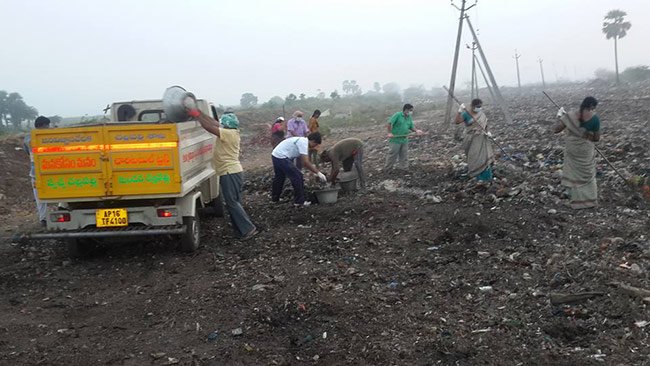 To financially unburden the workload of the district municipal corporation, the foundation has employed 40 waste pickers that go from door-to-door and collect the segregated waste from 6 out of 18 wards of the village, “There were awareness campaigns led by the panchayat committee in collaboration with the foundation to educate people about waste segregation. Within a few months, every household of Challapalli started to separate dry and wet waste,” said Mr Bollineni. 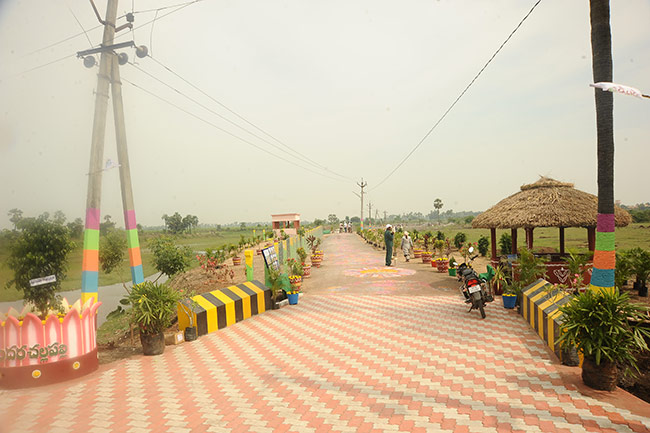 In next 6 months, the village aims at 100 per cent waste treatment said Mr Bollineni, “Talks are in progress with various recycling companies to treat the dry waste. As for the wet garbage a composting plant will soon come up in next 15-20 days. Challapalli generates nearly 2-3 tonnes of waste on a daily basis and the treating all its waste shouldn’t be an arduous task.”

In terms of reducing the plastic menace, the foundation is discouraging the use of plastic bags by telling people the hazardous effects of plastic disposal. It has also started to sell cloth bags at cheap rates in the village. “There has been more than 80% reduction in the use of plastics (bags, plastic glasses, cups and plates) with the slogan of “Reduce, Reuse, Recycle,” said Dr Prasad.

The village is also addressing its sewage problems. Recently the foundation and gram panchayat constructed an underground drainage which covers 500 metres stretch as a pilot project. A detailed project report on installing underground drainage system is being made by the village heads and foundation members which will be submitted to the state government soon, confirmed Mr Bollineni. 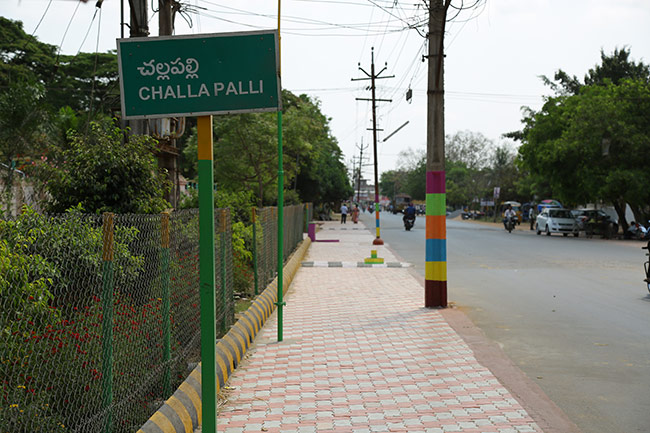 The Challapalli village is also aiming to attain ODF plus status

The model adopted by the Challapalli has inspired its neighbouring villages, “The inspiration given by Swachha Challapalli has kindled the cleanliness movement in 25 villages. Almost 1/3 of the “Avanigadda constituency” is witnessing an evolving culture selfless service of about 350 activists starting their work not for their self but for the wellbeing of the society,” said Dr Prasad. On the 1000th day Chief Minister N. Chandrababu Naidu is expected to honour the village for it tremendous efforts under the Clean India Mission.

Also Read: From Fighting Attitude, Lack Of Funds And Space To Build Toilets, This Is How Kappaldoddi In Andhra Pradesh Scripted A Swachh Makeover

TVs, ACs, Smartphones This Affluent Bihar Village Has It All But No Toilets, Here’s Why

The Swachhta Revolution In Chhattisgarh: Over 1 Lakh Students Write Letters To Their Parents Asking To Build Toilets For Them