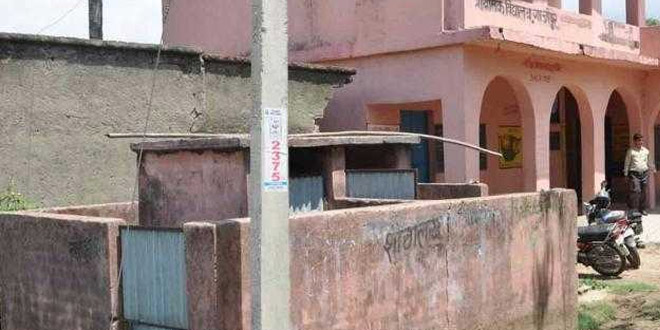 Ghazipur, situated in Bihar’s southernmost district of Nawada is listed as a village, but does not look like one. With nearly 300 pucca houses, some of which are double storeyed, Ghazipur is among the handful of affluent villages in the state, with a population of slightly more than 2,000. Many of the houses in Ghazipur have air-conditioners and televisions, while the residents are adept at using smartphones. Some of the residents of the village also own cars. What comes as a big surprise is that despite being an affluent village, not a single household in Ghazipur has a toilet! This baffling fact, however unbelievable, is true and shows that behavioural change related to sanitation is still a problem in the country.

Though both the incidents are from nearly three decades ago, they have left a lasting impact on the villagers. The result? Open defecation continues to be a practice in the village, despite many villagers being well aware of the Swachh Bharat Abhiyan and how the sanitation programme is aiding villagers in building toilets. Due to regular access to television, the villagers are well versed with the objectives of the Abhiyan but are apprehensive of adhering to these.

It is surprising that incidents from nearly 30 years ago can be still so ingrained in the minds of the people. This is one of the better villages in not just the district, but the whole state. The fact that it does not have a single toilet is not only worrisome, but shows that even the most affluent people are not aware of the importance of sanitation and often allow common sense to take a backseat, said Radha Raman Murari, Block Development Officer, Nawada.

The lack of toilets has hurt Ghazipur in multiple ways, affecting especially the condition of women in the village. Women have to wake up early every morning, go out and relieve themselves before the men set out for work. The defecation spot, which is situated slightly outside the village, sees scores of women every day approaching it with a bucket of water. While the men defecate in the open throughout the day, women usually go in groups at early morning or late night.

Another effect of Ghazipur’s aversion to toilets has been the lack of potential brides for men in the village. Families in other villages are reluctant to get their girls married to anyone from Ghazipur as the village’s lack of toilets is a well known in the district.

For women, the situation is even more difficult. Unlike men from the village, women do not go to relieve themselves whenever required and prefer to go in groups. As a result, they either get to go to the defecation spot in the morning or at night. This is a primary reason why the building of toilets in this village is a must, said Mr Murari.

The only existing toilet in Ghazipur is the one built inside the premises of the government primary school in the village. The toilet was built in 2008 and is used by the students of the school. Till now, efforts to make the villagers aware about the importance of having toilets have not seen any success, even though the district administration attempted to reach out to the villagers. Many young men and women are leaving the village due to unavailability of toilets and the reluctance of the villagers to construct any. The usual methods employed successfully under the Swachh Bharat Abhiyan of campaigning in the villages and setting up awareness camps have so far failed to create any impact in the village. The district administration is hopeful that maybe speaking to some of the aged intellectuals in the village may help in convincing the residents to start building toilets at homes.

Ghazipur is an example of how superstitions often dominate common sense. The necessity of toilets in households needs no explanation, but superstition, along with the habitual practice of open defecation has restricted the village in primitive ages, as far as sanitation is concerned. District officials can learn from the recent example of Kalaburagi village in Andhra Pradesh, where such superstitious hurdles were overcome with regular interaction with villagers and implementation of toilet building exercises. A similar initiative in Ghazipur could be successful in eradicating a 30-year-old superstitious belief, hampering the village’s sanitation prospects.