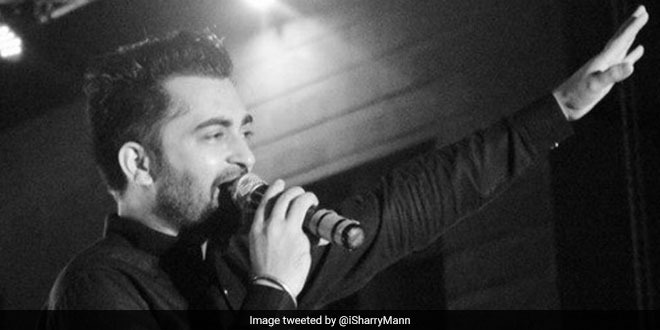 New Delhi: The Chandigarh municipal corporation (MC) has signed ‘Yaar Anmulle’ famed Punjabi singer – Sharry Mann as their Swachh Bharat Abhiyan ambassador. Mr Mann has been chosen as their mascot for the cleanliness drive because of his popularity amongst youngsters in the city. An official from the corporation added, “Chandigarh has been facing a lot of downfall when it comes to swachh rankings. In order to improve that, the corporation thought of involving a voice for Swachh Chandigarh mission that will help communicate and make the people of the city aware on why it is important to keep the city clean.”

Sharry Mann was in town recently to perform at a festival in the city and that’s when the Join Commissioner of the municipal corporation announced his name as brand ambassador for Swachh Chandigarh mission. During the festival, Mann appealed people of Chandigarh to keep their city clean and help report any kind of the problems.

Chandigarh was once (in 2016) at No 2 position in the Swachh Survekshan, but because of its garbage crisis and waste management, the city slipped to 11th position in 2017 Swachh Survekshan. Now in a bid to up its Swachh quotient this recent step involving a brand ambassador who can help the civic body spread out the right message has been taken.

What changed the Swachh scenario in the city was the closure of the city’s lone processing plant in June 2017. It was a privately owned plant and differences between the plant owners and the municipal corporation over remuneration resulted in the plant’s shutdown. For now, the authorities are clueless on how to manage the waste generated in the city.

In fact, since then, no waste to compost plants has been installed in the city yet. Now, to re-enter in the zone of Top 5 cleanest cities of India, Chandigarh will have to address all aspects related to waste crisis in the city, along with making waste segregation at source compulsory and effective.