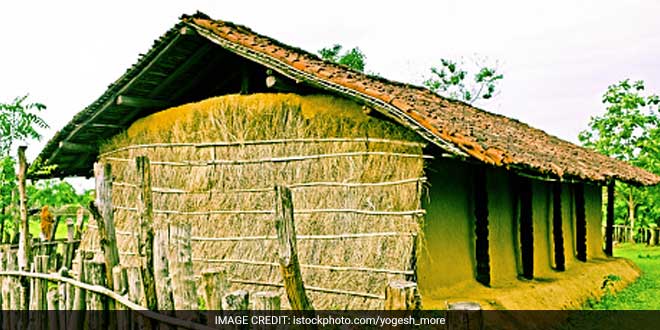 Raipur: As many as 8,582 villages have so far been declared ‘open defecation free’ in Chhattisgarh, which is targeting to becoming an ODF state by October 2018. The state government has also announced 4,869 gram (village) panchayats, 33 development blocks and two districts (out of 27) as open defecation free (ODF).

“The Prime Minister’s ‘Clean India Mission’ (rural) is yielding exciting results in the state. Within just about two years of launch of the drive, we have made two districts along with 33 development blocks open defecation free,” a senior official from Chhattisgarh’s Panchayat and Rural Development Department said today.

Bedsides, of the 90 Vidhayak (MLA) Adarsh Grams (adopted by legislators in their constituency to develop into model villages), 67 villages were declared as ODF. Similarly, 15 model villages under Saansad (MP) Adarsh Gram scheme have also been made open defecation free, he said.

“Notably, the Centre has set the target under ‘Swachh Bharat Mission‘ to declare the entire country as ODF by November 2, 2019, but Chief Minister Raman Singh is expecting to achieve the target a year before in 2018 in the state, keeping in view the enthusiastic response from people towards the mission,” the official said.

Watch: #SwachhIndia Has to Be a People’s Movement: Raman Singh, Chief Minister of Chhattisgarh

As per official statistics, toilets have so far been constructed in at least 15,79,102 households (in rural areas) under both ‘Clean India Mission’ and the MNREGA scheme. Around Rs 497.53 crore have been spent in the current and previous financial years for the purpose, he said.

All the concerned departments, including school education, health, women and child development and public health engineering, besides panchayat and rural development officials, have been asked to work in coordination to scale the target within the stipulated time, he said.

Moreover, public awareness campaigns are being held continuously in villages to encourage the people to build toilets in their houses, the official added.

Around 450 Million People in India Defecate In Open: Government

Women With No Access To Toilets Prone To Rape: Study