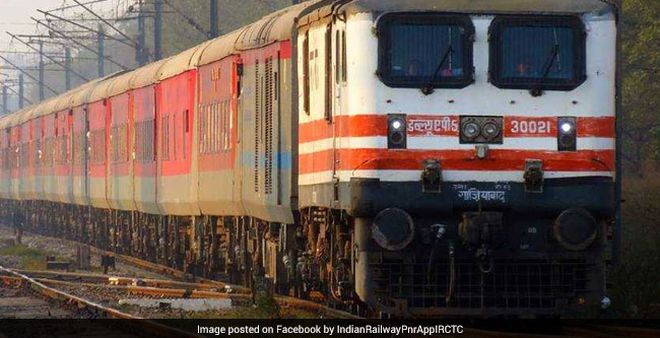 New Delhi: Taking yet another initiative towards swachh rail, Indian Railways introduces an on-board ‘Train Captain’ to improve onboard services and redress passengers’ grievances in Northeast Frontier (NF) Railway in premium trains. On Saturday, Babul Dey of Tinsukia Division was the first such Train Captain, who onboard the Dibrugarh-New-Delhi Rajdhani Express.

Explaining this new initiative by the Railways, NF Railway Chief Public Relations Officer Pranav Jyoti Sharma said: “The concept of ‘Train Captain’ has been introduced so that there is one leader on-board dealing with different departments on the trains such as housekeeping, catering, electrical, mechanical and RPF/GRP squad during the complete journey and will be responsible for ensuring all the issues raised by the travellers are addressed within time.”

Train Captain will be the overall in-charge of the train and will be responsible for ensuring that all amenities are provided to the passengers on behalf of the Railways are upto the mark.”

What Are The Duties Of A Train Captain?

From coach to toilet cleanliness, availability of water, the functioning of electrical fittings like lights, fans and charging points, availability of safe and good food, the Train Captain will be responsible for coordinating with various onboard teams and will ensure the problems get solved immediately so that passenger’s journey is not hampered.

The onboard Train Captain will be wearing a badge, and all onboard personnel from the Railways as well as outsourced agencies will have to report to him. Along with this, the information regarding the Train Captain’s such as contact number and name will be printed on the reservation chart.

Currently, the Railway Board has directed all Zonal Railways to introduce Train Captains on all the premium trains on a priority basis.

Other Steps Taken By Indian Railways

This year, the Indian Railways have introduced some big changes, on World Environment Day the Railways introduced bio-degradable cutlery made from sugarcane in some premium trains, and, recently, the Railways also introduced WhatsApp groups for respective departments to monitor the cleanliness of the trains. In addition, a few days ago Railway Minister Piyush Goyal said that soon Railways will replace all the 2.5 lakh toilets inside train coaches with vacuum bio-toilets like those in an aeroplane.

India Among Eight Nations To Get Funds For Marine Conservation