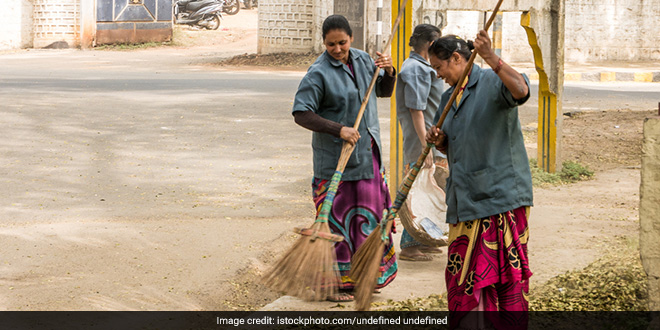 New Delhi: Indore is India’s cleanest city for the fourth time in a row and Chhattisgarh is cleanest state for the second time, as per the ‘Swachh Survekshan 2020’ results announced by Union Minister Hardeep Singh Puri at the Swachh Mahotsav being organised by the Ministry of Housing and Urban affairs (MoUHA). Gujarat’s Surat gets the second place and Maharashtra’s Navi Mumbai is at number three spot in terms of clean cities with population more than a lakh. Jharkhand is the cleanest state in the category of less than 100 Urban Local Bodies (ULBs). This is the fifth edition of the annual cleanliness survey of the country.

Here are the top highlights of the Swachh Survekshan 2020:

Here are the other highlights of the Swachh Survekshan 2020 results announced today:

Swachh Survekshan is a pan India annual cleanliness survey that ranks India’s cities, towns and states based on sanitation, waste management and overall cleanliness. This time the survey covered a total of 4,242 cities, 62 Cantonment Boards and 92 Ganga Towns and saw unprecedented participation of 1.87 crore citizens. This year, the format of the survey was tweaked to adopt a Swachh Survekshan League model, where instead of once in a year exercise of assessing the cities and states for its cleanliness quotient, the assessment happened throughout the year. 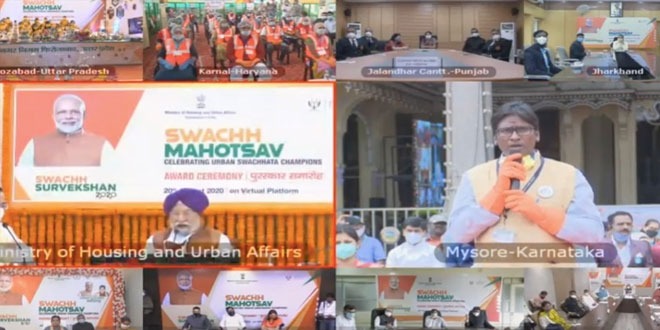 A total of 129 awards will be handed out to the top-performing cities and states. Indore has been winning the top slot for the last three years and has also won in the first two quarters of the Swachh Survekshan League announced for this year.