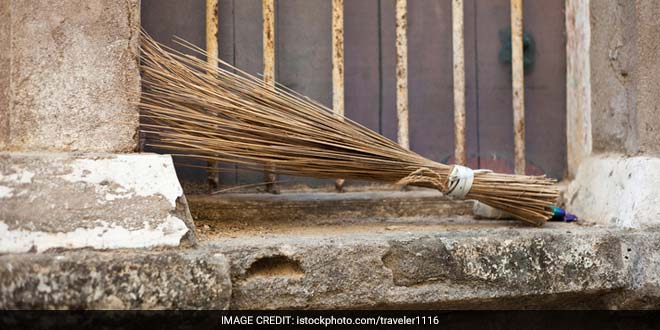 It’s been more than 2 years since the Government of India flagged off its Swachh India mission, and it is that time of the year again. About 500 cities across India are being evaluated as part of this year’s Swachh Survekshan, or cleanliness survey. More than 200 assessors from the specially set up Quality Council of India (QCI) will be surveying our towns and cities on the basis of cleanliness and sanitation.

Until now, 177 cities across 19 states have been evaluated and the survey is currently in the 5th and the 6th phase where cities like Jammu in Jammu and Kashmir, Kochi and Thiruvananthapuram in Kerala, and Bettiah, Saharsa and Gaya in Bihar, Delhi and Bhilai and Durg in Chhattisgarh are being reviewed.

Unlike the last editions, this year’s Swachh Survekshan has given weightage to what citizens feel, with citizens feedback making up almost one third of the points given. 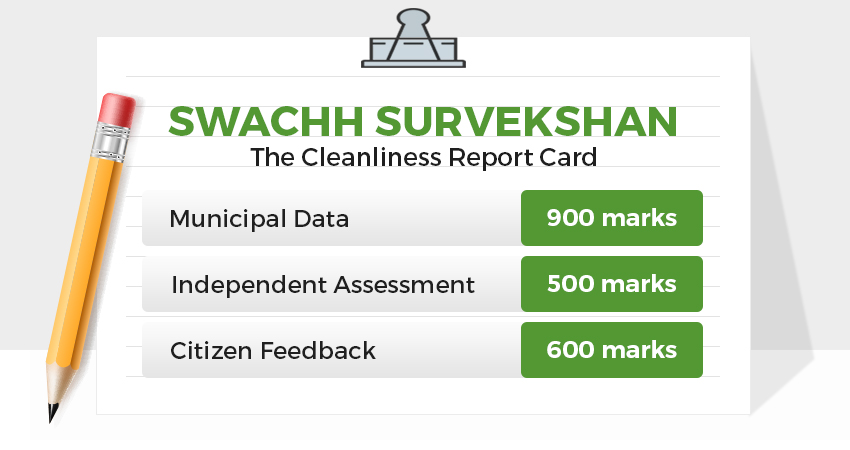 More than 1,30,000 citizens have already provided their Swachhta feedback until now, with about 87,000 having sent their feedback over the phone.

So while Swachh India authorities have been updating citizens about the survey on social media, the actual results will only be out later this year. So far, 44 functional waste-to-compost plants and more than 1200 community and public toilets have been inspected. Cities are being evaluated on their performance in the areas of waste collection and sweeping, the processing and disposal of municipal solid waste (MSW), construction of toilets and the prevalence of open defecation.

Here’s a look at what is happening on the ground currently as well as a recap of some of the key findings from Swachh Survekshan 2016.

1. Meerut in Uttar Pradesh: Meerut was given a section rank of 69, and categorized as a slow mover last year.

The areas where the city lost out were in achieving an Open Defecation Free town (ODF) and integrated Solid Waste Management (SWM).

The 2016 survey had only covered two cities from Haryana – Gurugram and Faridabad. This year, the scope of the survey was extended to Gurugram, Panipat, Sirsa, Panchkula and Yamuna Nagar to name a few.

3. Mysuru in Karnataka: In Swachh Survekshan-2016, Mysuru emerged as the country’s cleanest city again after winning the same title in the nationwide held Swachh Survey in 2015. The city of palaces was ranked on two Swachh Bharat parameters – reduction of open defecation and solid waste management.

Waste management system operating near the landfill was inspected by assessors in Mysuru.#SwachhSurvekshan2017 #mycleanindia pic.twitter.com/CMLbdoX2Te

The railway tracks in Guwahati were inspected for #Swachhata by assessors as a part of #SwachhSurvekshan2017 #MyCleanIndia pic.twitter.com/uOV6xv06FE

5. Ranchi in Jharkhand: During Swachh Survekshan-2016, Ranchi was put in ‘Slow Movers’ category with rank of 62.

6. Vasai-Virar in Maharashtra: The areas of Vasai and Virar near Mumbai were categorized as ‘Aspiring Leaders’ during Swachh Survekshan-2016. According to the feedback from citizens last year, only 23% answered ‘yes’ when asked if the city always had dustbins.

The cleanliness of several places in Vasai-Virar was inspected by assessors during #SwachhSurvekshan2017 #mycleanindia pic.twitter.com/CdAd2AXMMI

7. Aligarh in Uttar Pradesh: Aligarh led 500 cities in undertaking Swachh awareness generation activities under the Swachh Survekshan-2017. During the evaluation of IEC (Information, Education and Communication) activities by the Ministry, Aligarh scored the maximum marks.
Apart from checking different locations in the city, assessors also interacted with citizens & shopkeepers for independent validation.

The cleanliness of areas surrounding landfills was checked by assessors in Aligarh during #SwachhSurvekshan2017 #mycleanindia pic.twitter.com/wMGhZsqKFA

8. Coimbatore in Tamil Nadu: During Swachh Survekshan-2016, the city was ranked 18 under the category of ‘Aspiring Leaders.’ The city was also certified as being Open Defecation Free (ODF).

Waste collected from the local vegetable market was disposed of by Municipal employees in Coimbatore during a cleanliness drive. pic.twitter.com/P0rlrWl5UR

10. Visakhapatnam in Andhra Pradesh: Last year, the city was ranked under the category of ‘Leaders’ and was at the sweet spot of 5.

During the ongoing survey, the city has set an example by modernizing 55 community toilets by retrofitting.

Commercial areas of Visakhapatnam being surveyed by assessors during #SwachhSurvekshan2017#MyCleanIndiapic.twitter.com/7vVnQZ1EXa

Also Read: And The City With The Smelliest Toilets In India Is

Budget 2017: A Lot Still Needs To Be Done To Fulfill The Dream Of Clean India, Say Experts