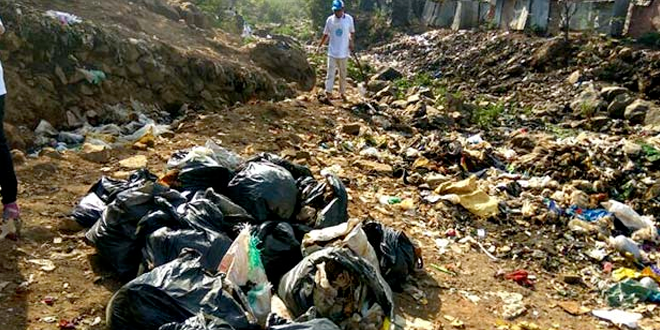 During his customary morning walk at Sanjay Gandhi National Park (SGNP) in Mumbai, coming across tonnes of garbage dumped in the Poisar River became a regular sight for 44-year old Tejas Shah. A little known fact about this sprawling metropolis with a population of 20.7 million, is that it is home to rivers like Mithi, Dahisar, Oshiwara and Poisar. Most of these originate from the National park, and make its way through the over-populated stretches of the city into the Arabian Sea. Once an integral party of the city’s ecosystem, today most of these rivers are clogged beyond recognition and seem more like sewage drains than the freshwater rivers they are meant to be.

Mr Shah, a true blue Mumbaikar was witness to this daily degradation, as were his other companions during the daily morning walk routines. It was in 2011 that these few morning walkers came together and initiated a movement called ‘River March’. These motley volunteers had a three-fold agenda – make the park a no plastic zone, make the area vehicle free and last but not the least the prime agenda of it all – clean the rivers.

Also Read: Can Mumbai Save Its Dahisar River?

The group launched a spirited battle against the deplorable condition of the four rivers originating from the National Park. These volunteers would assemble every Sunday and clean-up rivers and then they went on to organise a larger event once every year, called the ‘River March’. Inspired by Mahatma Gandhi’s Dandi March, the event was essentially a walk around the four rivers to create public awareness about environmental issues. This became an annual event organised every year in the month of March.

Starting with just four members, the group saw almost 12,000 participants in its latest edition of the River March, last month. 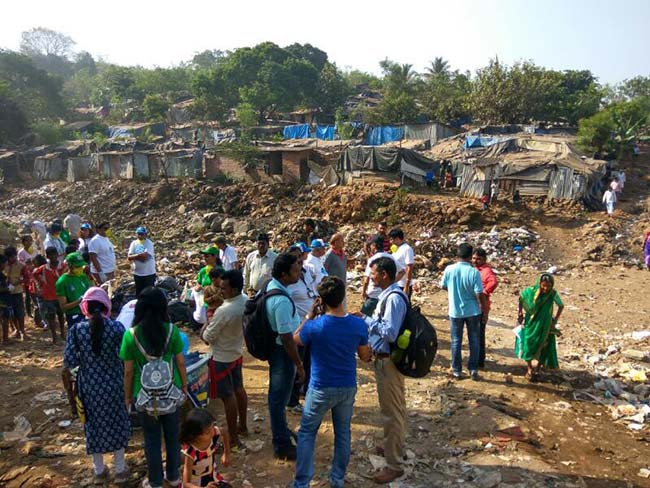 Earlier, people didn’t know that rivers apart from Mithi even existed in Mumbai. We have successfully shifted people’s focus to rivers like Poisar and Dahisar, says Vikaram Pawar, one of the volunteers.

In their latest clean-up phase, the volunteers aimed to clean the first 500 metres of Poisar river stretch in Kandivali over a course of five Sundays.

Sunday, a day when most people around the world love to indulge in lazy afternoons, these volunteers armed with gloves, masks and basic equipment, enter these over-polluted rivers and remove tonnes of garbage every week. The first clean-up drive for the Poisar river, which follows through the city, was conducted on April 2 and around 40,ooo kilos of garbage was collected.

Following Sunday on April 9, nearly 70-80 Mumbaikars from all over the city actively participated in the river’s cleanliness drive in Kandivali, a suburban area of Mumbai. The drive was conducted in the Poisar stretches of Dhanukarwadi and Kranti Nagar.

Volunteers at both the places began cleaning from 7.30 am and by 9.30 am they were successful in manually removing around 80,000 kilos of garbage comprising empty liquor bottles and huge quantity of plastics. 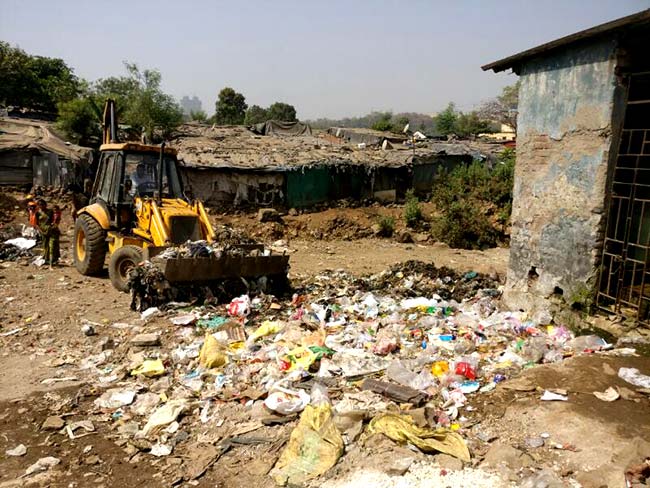 Brihanmumbai Municipal Corporation (BMC) officials from the North ward also joined forces with these River Marchers on these Sunday clean-ups to help with the process of distilling with excavator machines and dig out the waste. In addition, the BMC also provided six trucks for transporting the 80 tonnes of garbage excavated from the river.

MLA Yogesh Sagar was also present at the cleanliness drive to boost the morale of the citizen volunteers. “Without citizen’s involvement, it is difficult to maintain cleanliness on a regular basis. Participation of these members is an honor for the government,” said Mr. Sagar.

In the fourth and the last Sunday Swachhta drive conducted on April 30, the volunteers were successful in removing more than 47,000 kilos of waste from Kranti Nagar and Appa Padda areas in Kandivali east.

Over a period of five Sundays, the volunteers have been successful in removing 1.7 lakh kilos of garbage from the Poisar river.

The Threat To The Poisar River

The clean-up efforts of the River Marchers assumes importance in light of a report by the Environmental Policy and Research India (EPRI) in 2014-15 which revealed that Poisar river is polluted over 100 times the prescribed safety limit.

As per the findings of the report, it was found that the oxygen levels required for the river to sustain life forms were dangerously low. The report further highlighted that issues like floating garbage were blocking up the flow of the river due to indiscriminate waste disposal.

We are providing door to door service of waste picking and yet people from slums and housing societies dump their waste, polluting these rivers, says Dayaprasad Srivastav, a BMC worker. 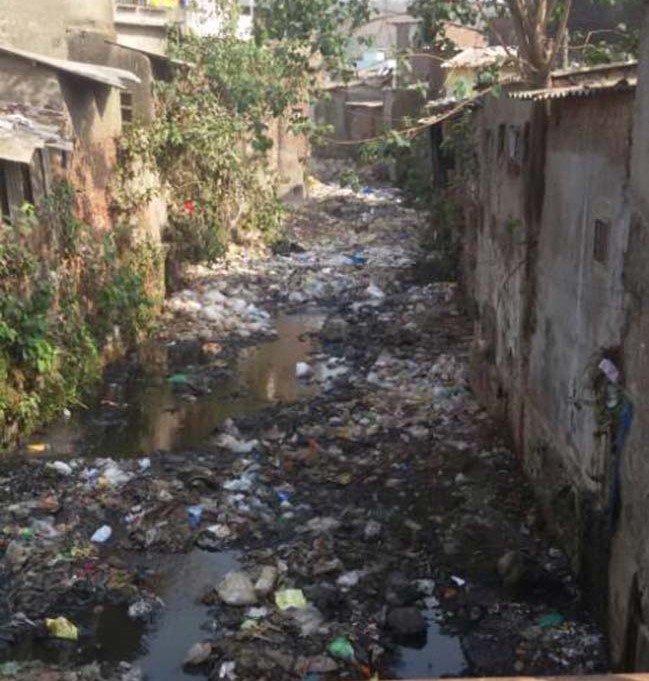 Lack of toilets that lead to open defecation along the river, combined with people directly accessing the river to bathe and for other daily chores also posed a serious health risk to those living along the river.

Plastic waste has been one of the major hurdles faced by the volunteers while cleaning the rivers points out Mr. Pawar, one of the River Marchers.

Awareness – A Key to Swachhta

Atul Vaidya, one of the volunteers believes that a change in attitude at an early age is critical to imbibe swachhta as a habit. “We have conducted several workshops in nearby schools to ensure maximum participation from young kids as well.” 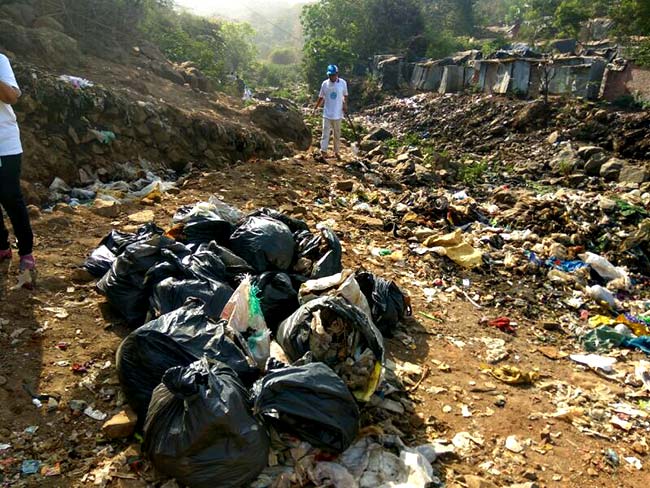 Huge amounts of plastic waste was removed by the volunteers

River Marchers believe that the small initiative started by them is now a successful movement. People have slowly started raising voices against the poor conditions of these Mumbai rivers.

The Marchers are now moving beyond raising awareness on hazardous effects of plastic waste and are also working towards bringing a policy change at the administrative level. Talks are in pipeline with government officials to ban plastic in totality.

Mumbai must follow the footsteps of Bengaluru’s plastic ban to improve the conditions of its rivers, says Mr. Pawar.