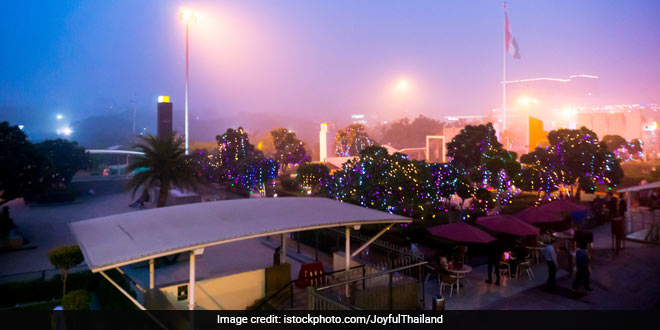 The air pollution system has been developed jointly by the scientists at the Indian Institute of Tropical Meteorology (IITM), Pune, India Meteorological Department and the National Centre for Medium Range Weather Forecasting (NCMRWF). The warning system consists of a real time observations of air quality over Delhi region and details about natural aerosols like dust (from dust storms) and particulate matter using different satellite data sets, predictions of air pollutants from two different air quality prediction systems based on state-of-the-art atmospheric chemistry transport models and warning messages and alerts and bulletins.

Speaking at the launch, Mr. Vardhan said the system will help in pro-actively warning 3-4 days in advance, any large-scale air pollution events which may occur over the Delhi region. Outlining a series of efforts undertaken by the central government, Mr. Vardhan said the Central Pollution Control Board (CPCB) has constituted a 41-member team which will continuously monitor the air pollution levels in Delhi and the NCR region and will report to the board.

Badarpur thermal power plant is being closed today, western peripheral expressway is likely to become operational in the first week of November, the Centre has released nearly Rs 600 crore to states concerned for in-situ management of crop-residue and a slew of mitigation measures have been taken by the government, the minister said.

A new website developed for archiving all the observational and prediction products was also launched at the event. The website will be accessed by the officials of Environmental Pollution Authority (EPA) and the Central Pollution Control Board (CPCB) for taking necessary steps depending upon the requirements.

Also Read:  Delhi Air Quality Detoriates; Why Are The Farmers In Punjab And Haryana Unable To Find Alternate to Stubble Burning?

The Ministry of Earth Sciences will be making further attempts to assimilate more data of other pollutants and also to improve accuracy of predictions with the technical support from the National Center for Atmospheric Research (NCAR), USA and Finnish Meteorological Institute. Mr.Vardhan also released a mega emission inventory of Delhi which was made by scientists at IITM Pune who carried out a campaign involving around 140 students mapping all possible local sources of air pollution with around 37,500 hours of work.