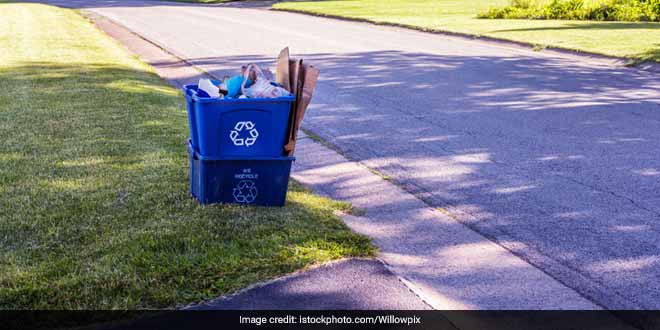 The growing problem of plastic waste and its disposal , has for long been a cause of the islands for Andaman and Nicobar. The island state, a popular tourist destination in the country receives thousands of visitors every year and as has been the trend, more visitors translates to generation of more waste. The Central Pollution Control Board (CPCB) estimates that Port Blair, the capital of Andaman and Nicobar islands generates 76 tonnes per day, of which 10 per cent is estimated to be plastic waste. Ever since the Andaman Nicobar had submitted its response action plan for Solid Waste Management to the CPCB, door-to-door collection of waste and its segregation has become regularised in the state. The menace of plastic waste, however, remains a matter of concern for the city of Port Blair.

To make better use of plastic waste, the Port Blair Municipal Council (PBMC) has initiated measures to collect plastic garbage in the city and utilise it to aid the construction of roads. The initiative has been taken by the Solid Waste Management Unit of the Port Blair Municipal Corporation. The civic body has launched the initiative at an experimental stage, and is presently constructing a road inside the Municipal Council premises using waste plastic and bitumen.

Since plastic does not decompose, it is one of the worst pollutants to have around. Stray plastic is a big problem in Port Blair and since the usage of plastic is highly popular in the city, the generation of plastic waste is a regular occurrence. We thought that if we can make use of this plastic waste for a better purpose, then the problem of plastic lying astray will be tackled, said Avinash Kumar Singh, Executive Engineer, Solid Waste Management Division, Port Blair Municipal Council.

Using plastics to construct roads is not a new initiative in India. Chennai in Tamil Nadu was one of the first cities to construct roads using plastic waste. Road building using plastic waste not only helps civic bodies to use the excess plastic waste which is generated in a city, but also helps in avoiding repairing costs. Roads made out of plastic and bitumen are more durable than concrete roads, lasting up to three years and will help civic bodies from incurring any extra expenditure, especially during monsoons when roads tend to undergo severe damages. Recently, Bengaluru restarted using plastics for road construction after a hiatus of two years.

The experiment currently being carried out by the municipal council is seeing 50 kilograms of plastic waste mixed with 470 kilograms of bitumen to lay out a wide road inside the civic body’s premises. The plastic has been shredded to 60 microns before melting and mixing the melted plastic with bitumen. The success of this experiment will determine the further plans of the municipality. However, the civic body already has a draft plan of collecting plastic waste in bulk from garbage collectors and if the construction experiment proves to be successful, the civic body will try to acquire five to seven tonnes of plastic daily for road construction purposes.

Once the experiment is successfully over, we will reach out to garbage collectors and draw a proper plan related to collection of plastic and its transportation to us. Once the plan is in place, we can begin full scale construction of roads using plastic waste, said Mr Singh.

India already has a large network of plastic roads totaling 33,000 kilometres. A startling example of this practice has been Professor Rajagopalan Vasudevan, fondly known as the ‘Plastic Man of India’ and responsible for developing technology used to build 1,244 kilometres of road across seven states. The recent resurge in utilising plastics to construct durable roads, first in Bengaluru and now in Port Blair points to a tradition which if practiced on a wider scale, will help tackle the menace of plastic waste in India.