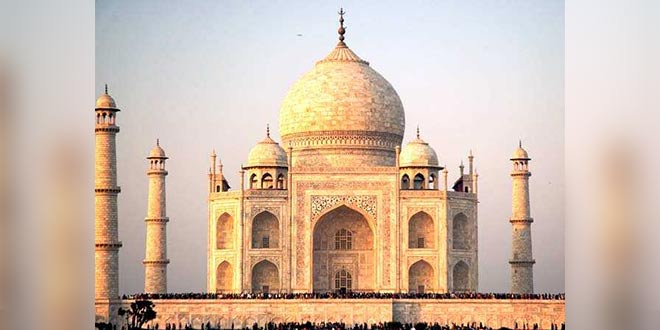 New Delhi:  From the changing colour of Taj Mahal , to the suffocating air in cities and the toxic mountains of waste at landfill sites, a plethora of environment issues have kept the Supreme Court busy. The apex court’s searching questions on why authorities have failed to protect the Taj reflect its anguish over how environment issues have been handled in the country, which marked the ‘World Environment Day’ today. During the previous hearings, the court came down heavily on the authorities, including the Archeological Survey of India, for failure to take appropriate steps for the conservation of the 17th century white marble mausoleum in Agra.

The apex court had recently mooted the suggestion of having international experts to look into the issue of protection of Taj Mahal which is being considered by Ministry of Environment, Forest and Climate Change (MoEF&CC). The top court had last month expressed its concern over the historic monument being infected by insects and observed that Taj Mahal had earlier turned yellow and was now going brownish and greenish in colour. The court has been monitoring developments in the area to protect the monument, built by Mughal emperor Shah Jahan in the memory of his wife Mumtaz Mahal in 1631. The mausoleum is a UNESCO World Heritage Site.

The ASI’s contention that algae on the monument was a cause of concern and presence of insects was due to the stagnation of water of river Yamuna did not cut ice with the apex court. Besides this, the rising air pollution across the country also drew the attention of the apex court which is dealing with a range of issues, including vehicular pollution, fixation of emission standards for industries and ban on use of pet coke. The environment ministry had recently told the apex court that a National Clean Air Programme (NCAP) to comprehensively deal with the rising air pollution levels across the country would be finalised soon. NCAP is a medium term national level strategy to tackle the increasing air pollution problem in a comprehensive manner and its overall objective includes evolving effective ambient air quality monitoring network across the country.

On the issue of curbing vehicular pollution, the Centre had last month told the court that the cleaner BS-VI fuel would be available by April 1, 2019 in 17 out of 23 districts in the National Capital Region (NCR) and Agra. The top court had in March last year banned the sale and registration of vehicles, which were not BS-IV compliant, in India from April 1, 2017 when the new emission norms came into force. Besides these issues, the apex court is also seized of the matters relating to garbage dumping and landfill sites in in Delhi-NCR. The issue of sealing of unauthorised constructions in Delhi, which also has impact on the environment, is also being dealt with by the top court. Concerned over the severity of pollution, especially in the Delhi-NCR, the top court had last year said that firecrackers would not be sold in the region during the festive season of Diwali.