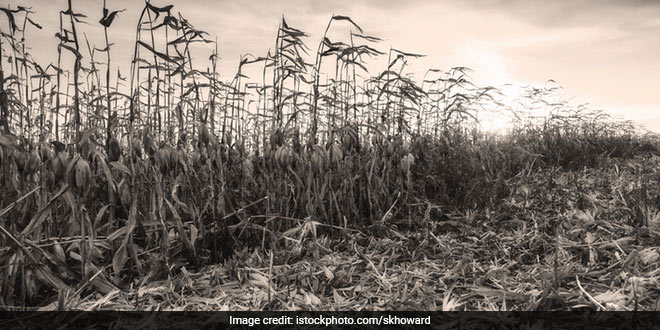 Kolkata: An international team of researchers, including from India and Bangladesh, has developed a cost-effective method of converting non-edible agricultural biomass, such as jute, or the waste by-product from food crops, into commercially valuable chemicals for food and pharmaceutical companies.

Researchers from the University of Wollongong (UOW), working with colleagues in India, Bangladesh and Taiwan who participated in the study, say that most large-scale crops produce a huge quantity of non-edible biomass and turning that waste product into an economically valuable product will add significant value to those crops.

We collected raw biomass such as bagasse, rice husk, wheat straw, cotton stalk, corn cob and low grade jute from different areas of India and Bangladesh and converted it into high-value chemicals such as xylose and arabinose, furfural and HMF (5-hydroxy methyl furfural), which are used in the food industry and in pharmaceuticals, said materials scientist Md Shahriar Hossain from UOW’s Australian Institute for Innovative Materials (AIIM) in a statement on Sunday. Furfural is a bio renewable chemical.

Professor Wu from Taiwan National University who was one of the main collaborators in this project said five-carbon sugars and furfural were highly valued products with widespread uses.

In addition, furfural is one of the leading value-added chemicals produced from biomass because of the variety of uses it can be put to. Furfural and its derivatives have been widely applied as fungicides, pesticides, drugs and bioplastics, flavour enhancers.

Also, there has also been renewed interest in furfural for its potential use in the production of biofuels, such as bioethanol and biodiesel.

The method the researchers developed has advantages over existing conversion methods as it produces a very high yield of five-carbon sugar and furfural, and the catalyst materials used are recyclable, making it significantly cheaper and more environmentally friendly and efficient.

“This discovery will add significant economic value to the agricultural waste materials through industrialisation of our technique in Bangladesh and other South Asian countries.”

We foresee a significant economic improvement of these developing countries would happen if green bio-industries are developed for utilising these crop wastes and turning it into a valuable product by using our discovery, said Tofazzal Islam, one of the co-authors and collaborators of this research from the Department of Biotechnology of Bangabandhu Sheikh Mujibur Rahman Agricultural University in Bangladesh.