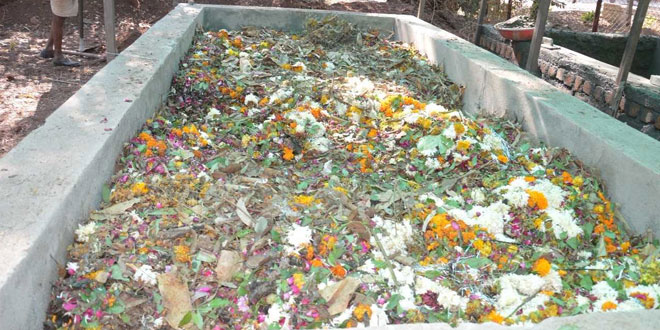 New Delhi: Fresh flowers, leaves for the deity and coconut for good omen, a common sight in temple premises packed with devotees as they wait for their turn to offer puja. But what happens to these offerings after the puja? In most cases these pile up in various corners of the temple or are discarded in water bodies that can barely take the weight of indiscriminate dumping of pollutants and garbage. Neemuch, a town in Madhya Pradesh, which has Asia’s biggest opium alkaloid processing plant, is handling, what they call, ‘temple waste‘ differently. Chief Municipal Officer (CMO) Sanjesh Gupta who was posted to Neemuch merely three months ago is of the opinion that Swachh Bharat Abhiyan is not only limited to sweeping roads or working towards sanitation and hygiene is about managing different kinds of waste strewn all around us. This includes offerings to the deities, which he saw lying on roadside like waste.

Once when I was standing outside a shop near a temple, I saw a lot of flowers lying around. I asked the shopkeeper about what happens to the flowers, coconut and other things offered to gods in temple? He said, ‘Kuch ni hota‘. I was taken aback by the answer and then I thought that why not make use of the waste, says Sanjesh Gupta, Chief Municipal Officer, Neemuch, Madhya Pradesh. 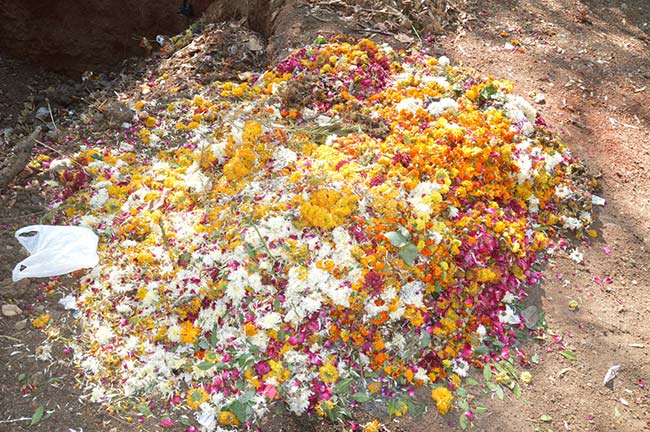 This is when he came up with an idea of making organic fertiliser using flowers offered to the deities, fallen leaves, and coconut shells.

CMO Sanjesh Gupta shared his idea with his colleagues and just last month they started with the process of making manure using waste from temples and naturally fallen leaves.

The Process Of Making Organic Fertiliser

In a bid to collect the waste from temples and not make an extra investment, the collection of this temple waste was integrated with the regular waste collection done by the Municipal Corporations’ vehicle. Along with door to door waste collection from households, organic waste is also collected from temple.

The Municipal authorities instructed the temples to segregate the waste properly and provided them bins to collect flower, leaves, coconut cover and other such waste.

Every day, people offer flowers and coconuts at big and small temples of the city. By the end of the day, one can see the offerings dumped around the premises. We talked to the temple owners and made them understand the importance of the discarded flowers and other such things. Instead of polluting some river or over burdening the landfill if such waste can be put to some use then why not? Fortunately, people are supporting us”, says CMO Gupta.

The CMO along with other officials constructed a 3 feet high and 12 feet long pit behind the Commissioner’s bungalow where the process of making manure takes place. Explaining the method, CMO says,

A one feet high layer is made using flowers, naturally fallen mango, neem and ashok leaves, and coconut covers. After that we spray a mixture of jaggery, cow dung, and decomposting material over it. After every seven days, we reverse the entire mixture and add a new layer to it. After a pit is filled to the brim, it will take 39-40 days for the waste to get converted into organic fertilisers. 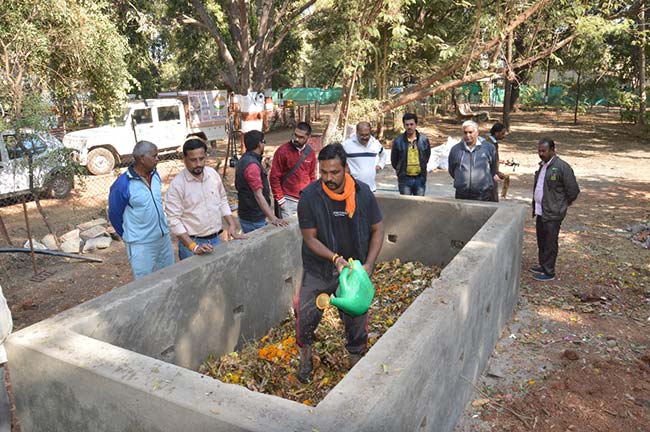 Mixture of jaggery, cow dung and decomposting material being sprinkled over the waste

Like this one pit is completely ready and the team has started making second pit. The plan is to sell the fertiliser to people at a cost of ₹2 per packet and get their feedback. The reason behind keeping the cost so minimal is that farmers can purchase it and use it for farming.

Fertilisers generated from first pit will be distributed among general public, but the one generated from second pit will be sent for testing and to get a certificate from the concerned authority. Once the fertilisers get registered and get a go ahead then we will sell it. But even then the aim will be not to make money. Aim is to give back what we took from people”, says Mr Gupta. 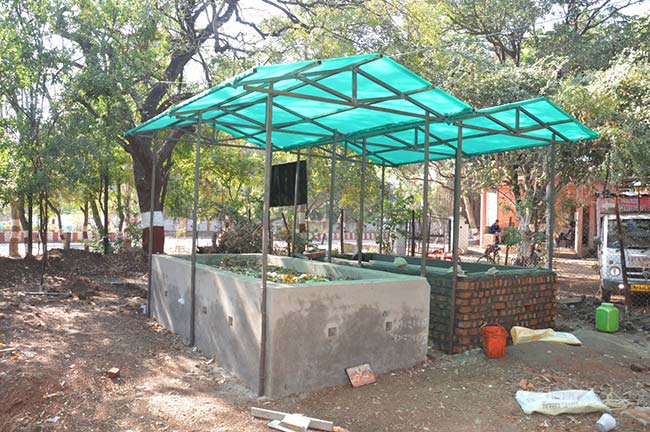 Along with turning waste into organic fertilisers, the team aims at taking benefit of the unwanted and dangerous plant i.e. Jal Kumbhi or water hyacinth. The team is removing water hyacinth from water bodies and is working on coming up with a method to make manure using it. Probably, the method will be same as the one used in treating flowers and other organic waste.

We are not doing anything new. We are taking the traditional route. Earlier, cow dung was used as manure and now we are also making use of it in producing fertiliser, signs off CMO Sanjesh.