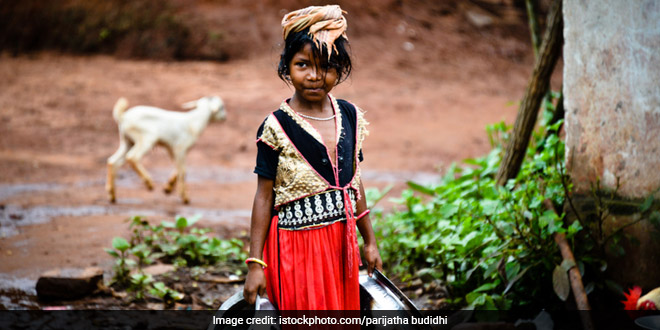 New Delhi: Decades of exploitation, poor management and contamination of water resources have exacerbated water stress globally, says the United Nations Children’s Fund (UNICEF) in its recent analysis. UNICEF under its initiative ‘Water Security for All’, which aims to mobilise global support and resources to reach children in water vulnerable hotspots, has analysed the current situation of access to water among people worldwide. The report has highlighted the world’s water crisis has arrived and children will be the biggest victims. The report has warned that the water crisis will be worsened due to climate change.

Also Read: Wider Image Seen From The Sky: Polluted Waters Around The World

UNICEF reports that one in five children in the world are deprived of enough water to meet their everyday needs. It says that more than 142 core people, which includes 45 crore children, live in areas of extreme water vulnerability. UNICEF explains that vulnerability is a result of decades of misuse and poor water management. It said,

At the same time, demand for water is rising due to rapid population growth and urbanization even as groundwater sources witness continued depletion.

The analysis shows that children in more than 80 countries live in areas with high or extremely high water vulnerability. Eastern and Southern Africa has the highest proportion of children living in such areas, with more than half of children – 58 per cent – facing difficulty accessing sufficient water every day. It is followed by West and Central Africa (31 per cent), South Asia (25 per cent), and the Middle East (23 per cent). South Asia is home to the largest number of children living in areas of high or extremely high water vulnerability – more than 155 million children.

The study shows that children in 37 ‘hotspot’ countries like Afghanistan, Burkina Faso, Ethiopia, Haiti, Kenya, Niger, Nigeria, Pakistan, Papua New Guinea, Sudan, Tanzania, Yemen, face especially dire circumstances and need urgent actions to be taken. According to UNICEF, the ‘hotspot’ countries are the ones where at least 60 per cent of the children live in areas of high water vulnerability or at least 40 per cent children live in areas of extremely high water vulnerability.

Extreme weather events and changes in water cycle patterns are making it more difficult to access safe drinking water, especially for the most vulnerable children, says UNICEF. It added that around 74 per cent of natural disasters between 2001 and 2018 were water-related, including droughts and floods. The frequency and intensity of such events are only expected to increase with climate change. Talking about how climate change’s impact on water supply is going to affect children, UNICEF Executive Director Henrietta Fore said,

The world’s water crisis is not simply coming, it is here, and climate change will only make it worse. Children are the biggest victims. When wells dry-up, children are the ones missing school to fetch water. When droughts diminish food supplies, children suffer from malnutrition and stunting. When floods hit, children fall ill from waterborne illnesses. And when water resources decline, children cannot wash their hands to fight off diseases.

UNICEF recommends taking urgent actions to protect children from the water effects of climate change. It says that water must be used more efficiently and alternated means of energy like solar power should be used to reduce greenhouse emissions that lead to temperature rise and climate change.

We are in a time where water is treated as a commodity being sold. Value of water needs to be seen differently, from how the most disadvantaged section of people are able to access and avail it, in its safest form for the purpose. During the peak of the COVID-19 pandemic, migrant workers, urban poor in general and people living in water-stressed areas faced a series of challenges in accessing water, while it was of utmost importance to have such access. While the pandemic is into its next peak close to summer, we need to foresee and address the potential challenges of these people.

Mr. Raman added that the Government of India through its Jal Jeevan Mission aims to ensure that every household in both urban and rural areas get access to clean and safe drinking water. However, there is need to see this mission from an equity and inclusion perspective from the very beginning, so that the last miles are not too long, he said.

Holi Amid The Pandemic: UP Government Issues Guidelines Ahead Of Holi, Urges Citizens To Follow COVID-19 Norms

88 Per Cent Of All COVID-19 Deaths In India In Age Group Of 45 Years And Above: Government