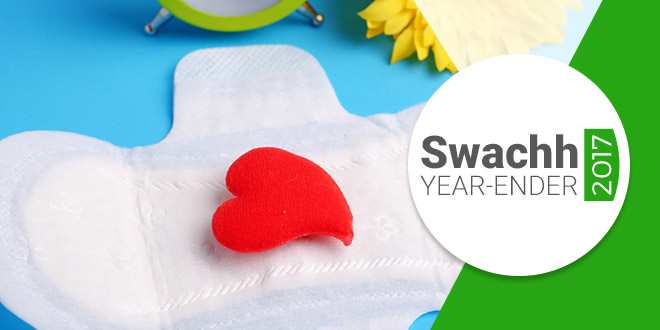 New Delhi: From many states investing in ‘She Smart’ toilets, to Miss World Manushi Chhillar’s project Shakti that imparts education and distributes low-cost sanitary napkins in remote areas, to 12 per cent Goods and Services tax (GST) on sanitary pads, 2017 was a mixed year for the cause of menstrual hygiene in India. As access to toilets penetrates to different strata of Indian society, so do the words like ‘sanitary waste’, ‘menstrual hygiene’ and ‘sanitary pads’.

The silence around Menstrual Hygiene Management (MHM) in India may finally be broken at many levels as Swachh Bharat Abhiyan’s effect comes to the forefront and waste management becomes the next key area of focus after toilet building. From citizens coming up with eco-friendly alternatives to sanitary napkins, to some municipal bodies introducing safe sanitary disposal options and awareness drives on menstrual hygiene to protests against government’s Goods and Services tax (GST) on pads that even had many celebrities being vocal about their objection to the tax that curtails access to a basic necessity for women, 2017 did see the so far taboo topic hit headlines on many occasions and rightly so.

Did you know that 88% of menstruation women in India do not have access to sanitary products during their period? Majority of the menstruating women, especially in rural areas, prefer using reusable unhygienic cloth, sand, rags, newspapers, etc as sanitary napkins are expensive. All these materials can lead to bacterial infection and the risk of suffering from Pelvic Inflammatory Disease becomes higher.

Lack of toilet access and clean water in schools and colleges is another worrisome issue. Almost 1 in every 4 adolescent girls in the country quits school when she hits puberty. Prime Minister, Narendra Modi had highlighted this issue in his first Independence Day speech in 2014. He had directed all the schools to have separate toilets for girls and ensure that girls do not dropout midway. 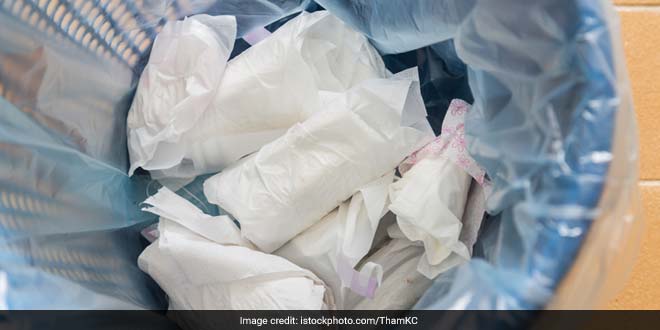 Shifting the focus to India’s menstrual waste statistics, the country generates upto one billion tonnes of sanitary waste every month and 90 per cent of women use pads that are made from plastic that take decades to decompose. Like other garbage, cases of sanitary napkins getting clogged in sewers are also recorded and since these pads are designed to absorb liquid they expand making it hard for the workers to remove it. The disposal methods are also unpleasant as the sanitary waste is mixed with other kinds of garbage in urban areas. Rural parts also have their own shares of disposal problems. According to a study by UNICEF, 60 per cent of the women in Bihar dispose their sanitary waste in fields, thanks to the taboo attached with the mensuration.

Government Authorities Gear Up For The Sanitary Revolution

The University Grants Commission (UGC), in a bid to change to change the face of menstrual waste management in the country, sent circulars to various higher educational institutions and appealed them to install sanitary napkin incinerators in women’s hostels. It further advised the institutes to acquire the expenditure incurred under the solid waste management component of the Swachh Bharat Mission.

The Supreme Court went one step ahead of UGC and set an example by allocating Rs. 5 lakh to install 3 sanitary napkin vending machines and three incinerators for disposing used pads in its premises. Highlighting the cause of menstrual sanitation the Delhi High Court in September has issued directions to the government and state civic bodies to provide menstrual hygiene products free of cost or at subsidised rates in schools.

On the occasion of International day For Girl Child the South Delhi Municipal Corporation inaugurated a ‘Pink Toilet’ which is equipped with a vending machine for sanitary napkins, an incinerator facility for effective management of menstrual waste and a feeding area for breastfeeding mothers. 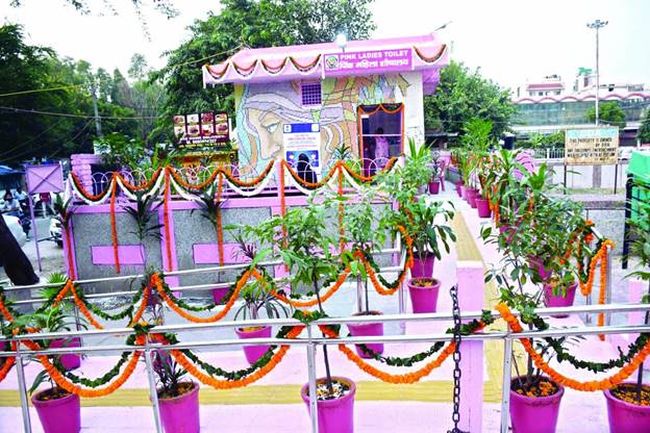 On Children’s Day, the Kerala government this year launched a ‘She Pad’ scheme in the 300 schools of the state to ensure menstrual hygiene among girls studying in classes 6 to 12. The scheme will also provide free sanitary napkins, storage spaces and environment friendly incinerators in all government-aided schools in the state. “She Pad’ scheme strives to break the taboo around the subject by helping girls to break free from the beliefs of impurity attached to it,” the Chief Minister Pinarayi Vijayan had said in a Facebook post.

Likewise, Haryana Chief Minister Manohar Lal Khattar announced free sanitary napkins to all schools in the state. Miss World 2017 Manushi Chhillar, who has been spreading awareness about the issue, hailed the Chief Minister’s decision and said, “That is a great initiative! This will definitely spread awareness about menstrual hygiene.” 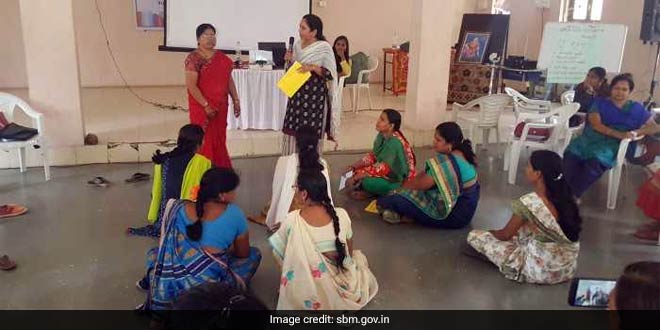 In another brilliant initiative, the Sangli district administration in collaboration with Swachh Bharat Gramin and UNICEF started a massive awareness campaign that aims to sensitise 85,000 girls and 40 million households. The campaign will promote usage of sanitary napkins and their disposal and bust myths prevalent with menstruation.

Goods And Services Tax: 200 Items Made Cheaper But Not Sanitary Napkins

The nation witnessed uproar in the month of July, the post-GST era, when the government imposed 12 per cent GST on sanitary pads. In last six months there have been several oppositions in forms of protests, rallies and hunger strikes but the issues hasn’t even been addressed by the government let alone acknowledge it. The Delhi High Court had slammed the decision and had asked the authorities to relook into the matter.

While on one hand the government is promoting campaigns like ‘Beti Bachao, Bati Padhao’, it is on other hand denying the basic need that women require monthly. With almost 88 per cent of our women not using sanitary napkins because of the affordability issue, decisions like these will further discourage its usage thereby risking women’s health.

Actors like Twinkle Khanna and Kalki Koechlin had expressed their disappointed towards the GST imposition on a necessity like sanitary napkin. 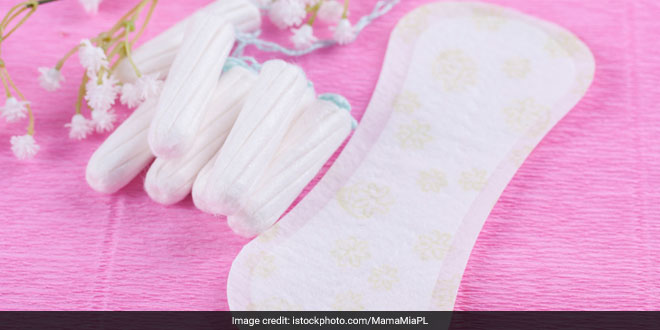 In an exclusive interview to BBC, Twinkle Khanna had said, “For some strange reason, India has a whopping 12 per cent Goods and Services Tax (GST) on sanitary napkins. This is shocking; apparently there are no taxes on brooms. Maybe they feel that it is important for women to keep the house clean, but, it is not as important as keeping themselves clean.”

Also Read: It Is A Sad Reality That Brooms Are Exempted From GST, But Not Sanitary Pads: Twinkle Khanna On Why We Need To Talk About Menstruation

Recently, actor Kalki Koechlin interpreted the logic behind GST on sanitary wear through a short video titled Girls Ko Satao Tax, “I don’t know about acche din but humari life mein har mahine paanch not-so-acche-din toh hote hi hain (I don’t know about good days, but in our lives, we have at least five mandatory not-so-good days),” she had commented.

“The Sanitary napkins and diapers in our country are polluting the environment on a larger scale and that’s why during periods I have stopped using sanitary napkins. As an actor, if I am saying this then it is a big thing because we also promote sanitary napkins,” United Nations Goodwill Ambassador Dia Mirza had said. While making an appeal she said that though it is necessary to use a sanitary napkin, it is also important to know the amount of carbon footprint it is likely to generate.

Speaking on the ignorance angle, actor Sonam Kapoor said people’s regressive thinking and ignorance towards menstrual hygiene is “baffling”. While shooting for Padman, an upcoming movie that addresses the stigma attached with menstruation, she came across the “backward thinking” of people when it comes to this issue. Twinkle Khanna, who is the co-producer of the movie also echoed similar views and said that lack of education towards menstruation that is taking a toll on women’s health in urban and rural areas. 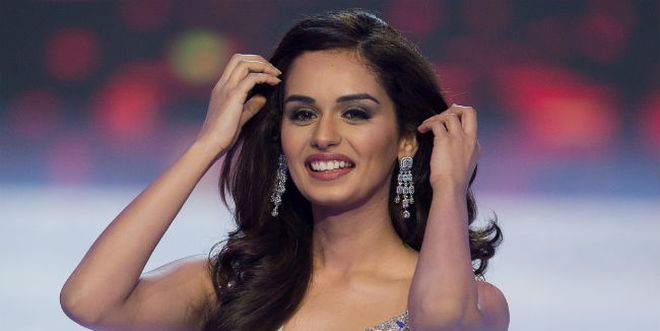 Miss World 2017 Manushi Chhillar is of the opinion that education alone will not solve the problem. She believes a sustainable system that will allow girls to practise menstrual hygiene and affordable sanitary napkins are needed as well. Through her project Shakti, Manushi has covered nearly 20 villages where she has imparted education and distributed low-cost sanitary napkins. After winning the Miss World crown she hopes to scale up her project in different parts of the country.