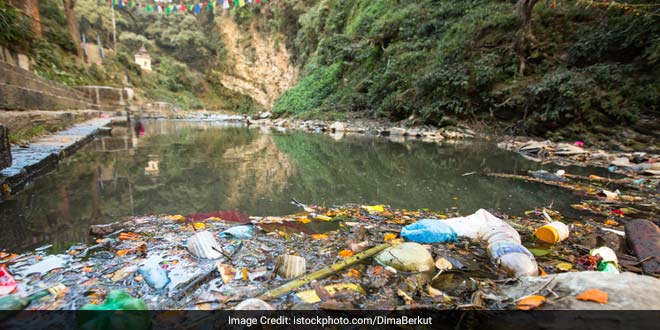 Thiruvananthapuram: Kerala’s capital, Thiruvananthapuram, which was ranked first in the annual city governance ranking in a recent national survey, is now on its way to be declared as complete ‘plastic-free’ zone soon. As an initial step, the City Corporation here has imposed a blanket ban on all types of plastic carry bags within its limits from March 1. “Green protocol has also been made mandatory for the conduct of all festivals and celebrations here from now on,” Corporation sources said.

Besides plastic carry bags, use of plastic sheets, multi-layer plastic covers, disposable plates and glasses and packaged commodities will also be banned in the next phase, they said.

The authorities have also launched efforts to introduce eco-friendly cloth and paper carry bags in place of non-degradable plastic ones, which pose the biggest challenge in waste management.

Deputy Mayor Rakhi Rravikumar said over 5000 kg of banned plastic has been seized from various outlets in the city including branded shops in the last four days after the implementation of the ban.

The initiative would be a boon for the waste management initiatives in the city, where disposal of solid waste is a big issue, she said.

The Corporation has formed a number of special squads to conduct raids across the city to seize plastic carry bags and issue notice to those who violate the ban, she told PTI.

The ban will be made stricter from next month. Fine will be imposed on those shops and outlets which do not comply with the ban.  We are also mulling stern steps like cancellation of the license of such shops which violate the order, she said.

Despite repeated warning by health and environmental experts, use of plastic articles, especially carry bags, is rampant in Kerala including in the capital city.

Carry bags made of low-quality plastic which pose great health and environment hazards, were widely used in majority of shops ranging from malls and branded super markets to street-side outlets.

With an aim to put in place a permanent solution to the plastic menace, the Corporation is planning to introduce eco-friendly alternatives in its place, the Deputy Mayor said.

We are carrying out an exhibition titled Go Green Expo to create awareness about alternatives to plastic carry bags. Public response to it is really good, she said.

The Cost Of Development: Gurugram Villages Face Sanitation Woes Due To Rapid Growth