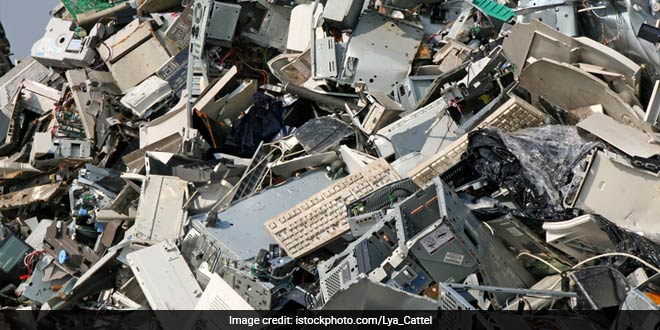 Bengaluru: In a mushrooming urban landscape where waste disposal is becoming big business, meet one of India’s new breed of waste warriors — Saahas Zero Waste (SZW) is an enterprise with the motto of making maximum social impact in the area of sustainable urban development.  Started in 2013, Saahas describes itself as a socio-environmental company that believes in conversion of all waste to resources. The clients of this IT hub, which disgorges large amounts of e-waste, are an array of major names such as Bosch, Shell, GE, JP Morgan, JLL, Microsoft, Texas Instruments, Tetra Pak, Aadhar and HCL.

Also Read:  IT Firm Raises Concern Over E-Waste Generation In Odisha, Says It May Touch 2050 Million Tonnes By 2021

For smaller waste generators, we offer holistic waste management which includes collection and processing at our units. Our focus is to help our clients become zero waste entities with emphasis on segregation at source, she said.

What facilitated Saahas’s pioneering work in this area is the fact that Karnataka has been ahead of many other states in enacting a law on e-waste management and action on mandatory segregation, says Lakhani, an American of Indian origin and now a Bengaluru resident. Indian waste management is governed by various legislation rolled out by the Union Environment Ministry in association with state pollution control boards, state governments and municipalities.

According to the government, while 100 per cent door-to-door collection and transport of solid waste has been achieved in over 41,000 of the total 81,000 urban wards in the country, processing of such waste is only about 22 per cent.

Lakhani explained that SZW partners with packaging companies and e-waste producers to implement a “reverse logistics mechanism” that facilitates bringing back large volumes of post-consumer waste into the recycling chain.

Our USP is that we help minimise the amount of waste that goes into city landfills, she said, pointing out that they were the first to arrange collection of used TetraPak cartons off Bengaluru streets, besides their on-site waste management agreement covering the campus of the packaging giant.

As a part of its “closing the loop” initiative, SZW offer products made from waste at its units, including compost and a range of other recycled products like roofing sheets, chipboards and stationary items. The potential of waste management in India can be guaged from official figures that around 62 million tonnes of solid waste is produced in the country every year — of which only 43 million tonnes is collected, only 12 million tonnes treated and the rest dumped. This figure is expected to rise to 436 million tonnes by 2050.

SZW, which also has operations in Chennai, Hyderabad and Surat, handles 25 tonnes of waste a day in Bengaluru, which has become a city that Americans could perhaps feel adoptive about, given the number of their companies and personnel present here.

A survey by business research organisation Novonous says the Indian waste management market is expected to be worth $13.62 billion by 2025, with an annual growth rate of 7.17 percent. The Union Labour Ministry expects the e-waste market to grow at 30.6 percent during 2014-19.

Saahas estimates that India will be generating nearly 300 million tonnes of construction and demolition waste per annum by 2020.

While the government has linked waste management to the Prime Minister Narendra Modi-inspired Clean India initiative, the current fragmented nature of the industry, at its beginnings, is hampering fuller tapping of this potential. It is only in 2016 that the government has notified the rules of waste management for items such as plastic, construction and demolition waste, e-waste and hazardous and other wastes.

To “close the loop” in a holistic sense, Lakhani says she is sustained in her work by the values imbibed through her faith as an Ismaili Muslim, which is a small but popular community found in various parts of India and elsewhere, and whose spiritual head is the Aga Khan.

The Shia Ismailis are renowned for their philanthropic institutions that are expressions of the Ismaili social conscience which valorises the giving of one’s competence and sharing one’s resources with those among whom they live.