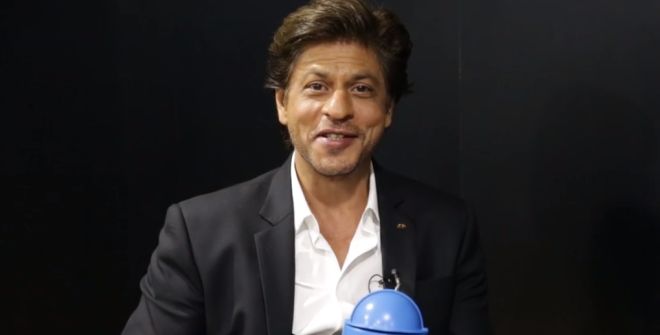 New Delhi: “Somehow we all invariably get attracted to throwing small pieces of garbage like gum wrappers, candy wrappers or small pieces of paper outside our cars. We simply lower down our windows and trash it away, hoping it has not caused much harm to the driver who is driving behind us. But, it is time we stop this practice,” says Shah Rukh Khan speaking to NDTV on the sidelines of Auto Expo 2018.

The superstar unveiled ‘Swachh Can’, a portable bin for users of Hyundai cars at Auto Expo 2018. This bin will come fitted in all the Hyundai cars from March 1.

Though ‘Swachh Can’ is for Hyundai car users only, but I would like to urge everyone to keep a small trash bin in their cars and stop littering the planet, added Shah Rukh Khan.

This is not the first time the Badshah of Bollywood has come forward to extend his support for #SwachhIndia movement, earlier this year the actor came out to give a boost to India’s mega survey – Swachh Survekshan 2018, which is for the first time assessing all the 4,041 towns in the country. Shah Rukh Khan urged everyone to devotedly follow the process of waste segregation as by doing this we all can curb waste generation by 50%.

Improve your city’s cleanliness quotient, by simply adopting a small habit of waste segregation. By segregating your dry and wet waste daily, you can save 50-60 per cent of your household waste from landing up on your city’s garbage mountain.

#SwachhSurvekshan2018 TVC featuring @iamsrk who talks about the importance of waste segregation at source.#MyCleanIndia #SwachhBharathttps://t.co/kVVK0A10kB

Shah Rukh further added that he has even taught his youngest son AbRam to focus on cleanliness and be a part of the cleanliness movement.