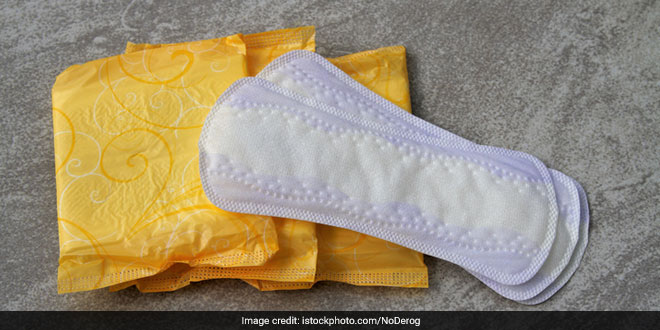 New Delhi: Impure, unclean almost an untouchable that is still the status of many women in India during ‘that time of the month’. It may be the 21st century but menstruation is still a taboo topic and women are still ostracised and kept at arms length during their period every month. This is the reality, an issue that has now been taken up by the Kullu district administration. The aim is to fight the social stigma attached to menstruation in remote villages of Himachal Pradesh. These are areas where menstruating women are shunned and how during ‘those’ five days. Forced to sleep outside their own house, in cattle-like sheds known as ‘menstruation sheds’, women are even denied access to toilets and bathrooms, and are sometimes made to walk miles daily to carry out their routine activities.

In order to bring about transformation and spread awareness among people about menstruation, the Kullu district administration has set up a task force comprising reproductive health workers to conduct sensitisation programmes at the grassroot level.

A one year campaign titled ‘Naari Samman’ or ‘Women’s Pride’ has been launched on January 1 and it aims to reach out to the villages where the problem still persists.

Kullu Deputy Commissioner, Yunus Khan, the brain behind the launch of the campaign says,

We did a survey and in through have identified 92 out of the 204 panchayats where the problem is still prevalent.

He said the taboo is more prevalent in one particular caste.

The rollout of the campaign is a backbreaking task in the mountainous terrain. Many of the villages in the district are located in the interiors where anganwadi workers and Accredited Social Health Activists (ASHA) have to trek miles across rough, cold and brave the inhospitable landscape of the trans-Himalayas.

Officials involved with the campaign say, to reach some of the villages, the staff has to cover distance ranging from 10 to 25 km on foot or sometimes on horseback.

We have set up a  helpline for women to get information about the campaign. It will also provide free counselling, and if someone needs help of a psychiatrist or a doctor then it will be arranged.

We have roped in local artists who have prepared a play which will be performed at different places. Along with this, we are targeting school children. We ask them whether they like to see their mother living outside their own house in a cattle shed? Students have started questioning their family. Slogans like, “no, our mother will not live outside” are being used by them to protest against this evil practice.

To make people understand that how unhygienic and risky it is to live outside while a women is menstruating, the administration plans to take help of legal and fundamental rights.

Some people are adamant and are not ready to understand that how difficult it is for a women to walk miles to carry out her routine activities. In order to make people aware and understand, we will inform them about the legal and fundamental rights of women and the repercussions they will have to face if they continue with the practice of isolating women while she is menstruating, says Mr Virender.

Subhash Mendhapurkar, women’s right activist and the author of the book, “Bitya Badi Ho Gayi Hai” (The Daughter Has Grown Up), blamed the government for the taboo that is prevailing in the hilly areas of the country.

If the school-level curriculum included menstruation, why is the educational level of the students so low, asked Mr Mendhapurkar, Director of Shimla-based NGO Social Uplift Through Rural Action (SUTRA), while speaking to IANS.

He said, the problem is that the teachers are not appropriately educating the students. Moreover, sanitary napkins are not provided in the toilets of rural schools.

After educating the womenfolk that, like defecation, menstruation is also a natural process and that menstrual blood is not poison, the discrimination has been somehow ended in many areas of Solan, Sirmaur, Bilaspur and Una districts, Mr Mendhapurkar said.

The tradition of keeping the women in isolation during their periods also prevails in the interiors of Kangra, Sirmaur, and Kinnaur districts.

According to him, there are some rural communities that practice this because of religious reasons.

He further added that no legislation can change the mindset, it is only education that can bring an end to this social practice and help change attitudes.

High Court Seeks Delhi Jal Board’s Reply On No Sewage Facility In 45% Of National Capital, Asks For An Action Plan