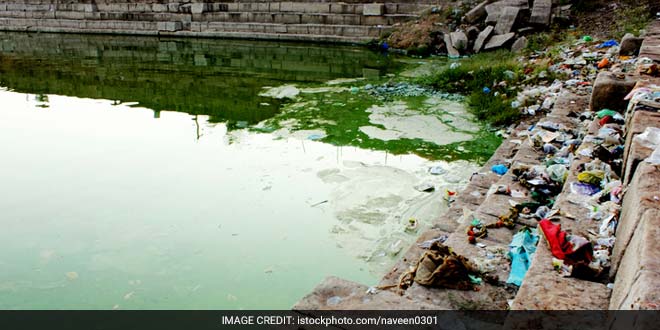 New Delhi: The Delhi High Court on Monday asked the Delhi Jal Board (DJB) to come up with an action plan to address the issue of sewage problem in the national capital, after it was informed that 45 per cent of the city is not connected to the sewage system. A division bench of Acting Chief Justice Gita Mittal and Justice C. Hari Shankar asked the DJB to inform it about the plan on availability of sewage facility in the whole of Delhi.

The plea, filed by advocate S.B. Tripathi, sought direction for the DJB to provide 100 per cent sewage facility in the entire city and the Central government to provide financial assistance to the DJB for the work.

The DJB had also stated that sewage generated from the remaining 45 per cent areas is flowing into drains and ultimately into rivers, the lawyer added.

Sewage of 45 per cent unsewered area is not only being wasted but also causing pollution in river Yamuna, said the plea.

Irrespective of the fact as to whether an area has sewage facility or not, sewage is generated from every area where people are living and only 55 per cent sewage is being recycled and the remaining 45 per cent sewage of unsewered areas is flowing into drains and ultimately into the river.

Mr Tripathi contended that the DJB had said that there is a Sewage Treatment Plan-2031, implementation of which has also been started subject to availability of funds.

He suggested that since the Central government has been running different programmes such as Namami Gange Programme, Swachh Bharat Abhiyan, the DJB can seek funds from the government.

The court also sought response from Haryana and the DJB on plea seeking direction to supply 330 cusec per day water through Munak canal for Delhi.

The bench asked the Haryana government and the DJB to file an action plan on the issue and also directed the DJB to see if the “kaccha” canal be repaired without disturbing the supply of water.

The court sought records and status and condition of the “kaccha” canal and improvement which may be necessary, and posted the matter for 13.

Related Topics:
Delhi Sewage
Up Next

Plastic Pollution In Ocean Is Deadly, Kills Thousands Of Marine Turtles Each Year