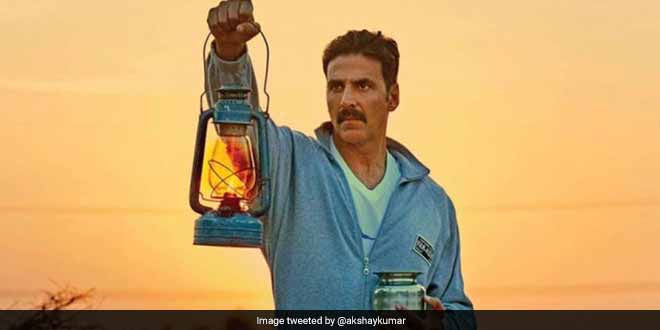 The wait is over, the ‘lota party’ is coming your way soon! The official trailer of Akshay Kumar and Bhumi Pednekar’s ‘anokhi love story,’ a social satire which is based on Prime Minister Narendra Modi’ Swachh Bharat mission was unveiled during the India Vs South Africa Champions Trophy match on Sunday and it has already impressed fans from all over the country, Bollywood and the critics. The trailer has so far received over 6.9 million views and counting. The trailer shows the story of the 49-year-old actor, Akshay Kumar who plays the role of Keshav, and the only thing he dreams of is getting married. He meets Jaya (Bhumi Pednekar), falls in love and gets married. However, the morning after the marriage, Jaya gets introduced to the ‘lota gang’ by the women of her house and finds out that Akshay’s house has no toilet.

Jaya soon leaves Keshav because he has no toilet in his house and then begins the battle against open defecation.

Going against all odds, both Keshav and Jaya attempt to bring a change in their family’s thought and starts spreading awareness about toilets and sanitation in their village.

But will they succeed in this ‘toilet’ battle, where people think it is wrong to place the toilet in a home that worships goddess Tulsi? Witness the Swachh Bharat themed movie – Toilet: EK Prem Katha’s climax on August 11.

Appreciating the efforts, Prime Minister Narendra Modi also tweeted, “Good effort to further the message of cleanliness. 125 crore Indians have to continue working together to create a Swachh Bharat.”

Good effort to further the message of cleanliness. 125 crore Indians have to continue working together to create a Swachh Bharat. https://t.co/C0XKPpguW7

It has been more than 3 years since the launch of the massive cleanliness drive – Swachh Bharat Abhiyan. The government has constructed more than 3 crores toilets so far under the swachh India campaign and has declared more than 2 lakh villages and 139 districts open defecation free. Three states including Kerala, Sikkim and Himachal Pradesh have also attained the ODF mark.

The government’s mega plan is to construct around 12 crore toilets in rural India and declare the country Open Defecation by 2019. According to the data, Swachh Bharat mission has made tremendous progress and sanitation coverage has been scaled up to 60 per cent now from 42 per cent in October 2014.