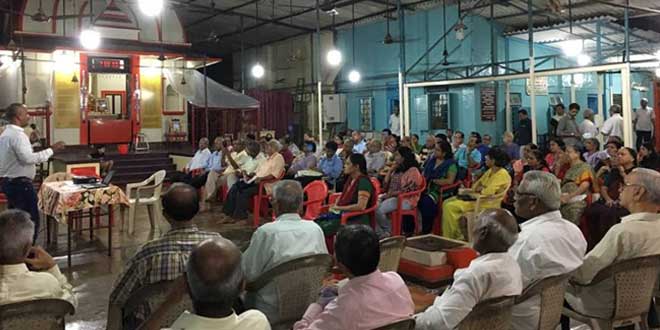 New Delhi: Come October 2 and the Brihanmumbai Municipal Corporation (BMC) will not collect unsegregated waste from households. This new waste management decision, which was announced in June by Ajoy Mehta, Municipal Commissioner, BMC, came as a surprise to many Mumbaikars. Keeping in mind the challenges of waste segregation and how implementation won’t be possible overnight, a citizen’s foundation named Goregaon East Advanced Local Management (ALM) came forward and took upon itself the herculean task of making entire Goregaon East practice waste segregation with the motive of making P South ward waste free.

Segregation is the biggest challenge that Mumbai faces in terms of handling waste. Addressing the issue at community level became necessary and hence we took the decision of targeting one society at a time. And BMC officials from Solid Waste Management department including Ajay Patne (Associate Engineer), Pankaj Tandel (Junction Officer) and Ajit Naik (Sub-Engineer) have come forward to boost our efforts says Nitesh Jadhav, Founder, ALM.

Realising the importance of having waste management experts, a waste collecting unit and support from influential and prominent local groups, ALM first got in touch them and other local NGOs. The next step was to teach residents the art of waste segregation. With the mantra of ‘one society at a time’, the NGO kickstarted first Phase of the activity in June and targeted the Amritvan complex. The complex comprising 24 buildings on an average generated 25 kilos of waste per day. After workshops and awareness campaigns the society gradually started to segregate dry and wet waste. 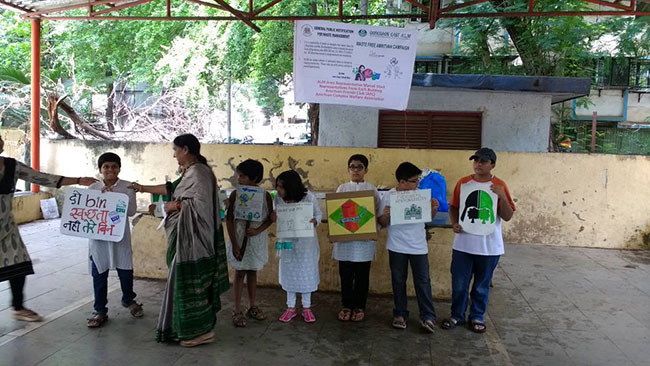 As the BMC hasn’t yet developed the kind of infrastructure that can handle different kinds of waste separately, the NGO collaborated with a waste recycling unit. Now that every resident of Amritvan segregates dry and wet waste, the unit goes from door-to-door every once a week and collects all the dry garbage. The wet garbage is collected by the civic workers. 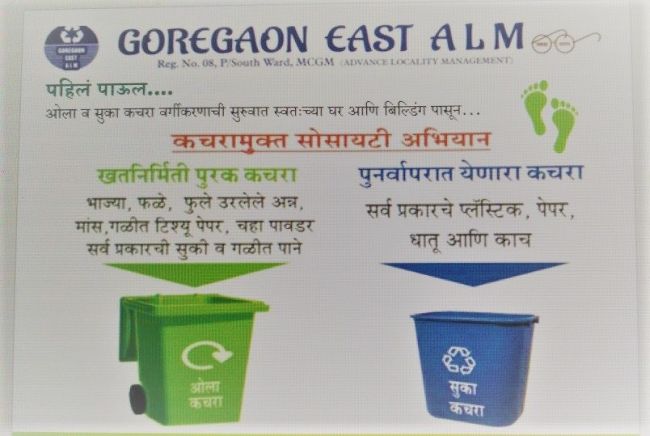 The road to 100 per cent segregation in Amritvan was certainly not an easy one says Manali Dixit, a swachhta representative, “When the promotional activities were conducted all the residents were excited in practicing segregation but when we started there were small hurdles that we had to overcome as it is something we, as citizens have never done. Many issues popped up like ‘why should we segregate waste?’, ‘It is time consuming’, ‘Categorisation of dry and wet garbage is confusing’. So we formed guidelines and sent it out.”

In their second phase, the ALM launched the waste free campaign in Pandurang Wadi which has nearly 93 buildings. Once the Pandurang wadi is ticked off from the NGO’s list, they will move to Jayprakash colony which consists of 200 plus buildings and around 85 individual bungalows. Other areas where ALM is conducting segregation drives include Vishweshwar Road, Naik Wadi, Govind Nagar and Shreyas Colony, “Our ultimate aim is to cover the entire P South ward which has more than 500 societies generating nearly 91 tonnes of waste per day,” adds Mr Jadhav. 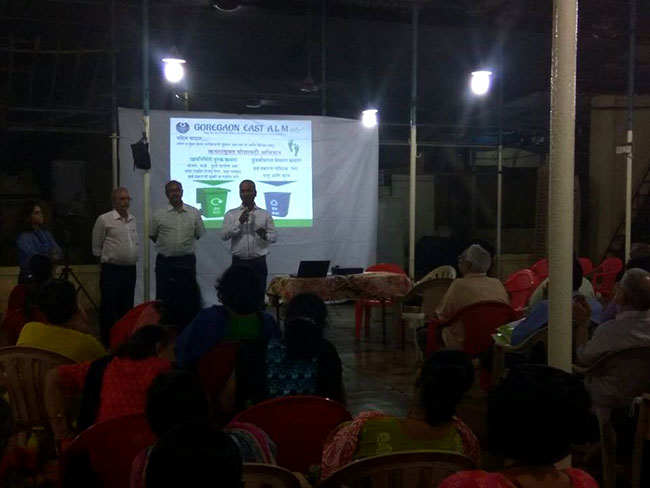 A workshop on waste management in Pandurang wadi

As for the wet waste, the NGO is currently conducting research work towards composting, “There are three types of composting we want to implement in societies of Goregaon east – Household level, building level and cluster composting. Depending on the place, condition and population in every housing society we will implement one of the three techniques. We will soon conduct workshops on composting where guidelines will be given out to everyone and residents can then choose their type. We are also conducting talks with the BMC officials to develop composting units in our areas,” says Mr Jadhav.

Waste Management Woes: Once India’s Most Planned City, Why Chandigarh Is Slipping In Swachh Abhiyan