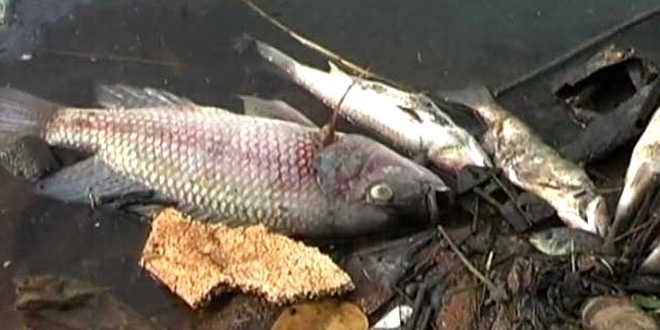 Muzaffarnagar: Hundreds of dead fish were found floating in the Ganga near the temple town of Shukratal, prompting Union Minister Sanjeev Balyan to visit the area and demand a probe, police said on July 7. The fish may have died due to toxic industrial effluents in the river discharged by industries in upstream Uttarakhand, a police official said. Union Minister of State for Water Resources Sanjeev Balyan visited the town on July 6, where devotees throng to see 72-foot idol of Lord Hanuman and take a holy dip in the Ganga. He directed officials to take necessary action against the culprits.

A team has been sent to Uttarakhand to investigate the matter, police added.

A team from the Uttar Pradesh Pollution Control Board inspected the place and collected water samples for forensic tests.