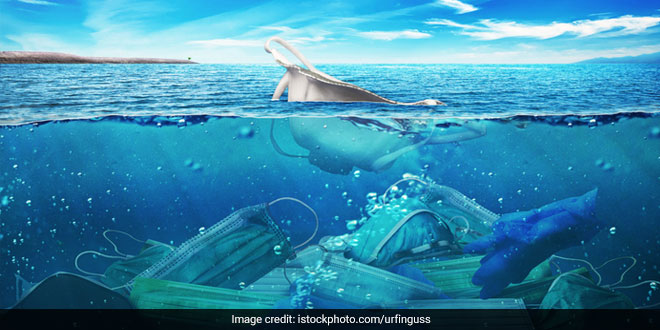 Washington: An international team of researchers found a strong and statistically significant relationship between the spatial distribution of global climate risk and toxic pollution. For more than 30 years, scientists on the U.N.’s Intergovernmental Panel on Climate Change have focused on human-induced climate change. Their fifth assessment report led to the Paris Agreement in 2015 and, shortly after, a special report on the danger of global warming exceeding 1.5 degrees Celsius above pre-industrial levels.

The Nobel Prize-winning team stressed that mitigating global warming “would make it markedly easier to achieve many aspects of sustainable development, with greater potential to eradicate poverty and reduce inequalities.”

In other words, countries that are most at risk of the impacts of climate change are most often also the countries facing the highest risks of toxic pollution. They also measured other variables, including the correlation of the spatial distribution of toxic environments, total mortality due to pollution, and climate risk, and they found a strong interconnection. They write in their forthcoming PLOS paper, “Global distribution and coincidence of pollution, climate impacts, and health risk in the Anthropocene”: “Deaths resulting from toxic pollution are highest where the distribution of toxic pollution is greatest and, critically, also where the impacts of climate change pose the greatest risk.”

It is not surprising to find that these risks are highly correlated, but this article provides the data and analysis to inform policy, data, and analysis that was previously lacking, Ms Javeline said.

To complete the study, Ms Javeline, Marcantonio, Field, and Fuentes used data from three indexes. ND-GAIN is an index of 182 countries that summarizes a country’s vulnerability and exposure to climate impacts risks and its readiness to improve climate resilience. EPI ranks 180 countries on 24 performance indicators across 10 issue categories covering environmental health and ecosystem vitality.

Lastly, GAHP estimates the number of toxic pollution deaths for a country, including deaths caused by exposure to toxic air, water, soil, and chemical pollution globally. In order to make their results the most advantageous for policymakers, the authors created what they call “Target,” a measure that combines a country’s climate impacts risk, toxic pollution risk, and its potential readiness to mitigate these risks.

Based on these criteria, the top 10 countries they recommend concentrating on are Singapore, Rwanda, China, India, Solomon Islands, Bhutan, Botswana, Georgia, the Republic of Korea, and Thailand. Among those countries appearing at the bottom of the list are Equatorial Guinea, Iraq, Jordan, the Central African Republic, and Venezuela. These nations are most likely to have outstanding governance issues that currently stand in the way of effectively addressing pollution.

Notably, our results find that the top one-third of countries at risk of toxic pollution and climate impacts represent more than two-thirds of the world’s population, highlighting the magnitude of the problem and unequal distribution of environmental risk. Given that a large portion of the world’s population lives in countries at higher toxic pollution and climate impacts risk, understanding where and how to target in pollution risk mitigation is critical to maximizing reductions of potential human harm, they write.

The authors also note that by mitigating toxic pollution in large countries with high populations such as China and India, neighbouring countries will also benefit. China’s Air Pollution and Prevention and Control Action Plan of 2013, which specifically targets toxic emissions, is producing impressive results. Researchers have found a 40 per cent reduction in toxic emissions since the plan was enacted.

The idea of Target is to highlight where action can be taken to reduce risk to human health and flourishing, but how that targeting is done- e.g., incentives vs. sanctions — requires moral reflection to determine what actions should be taken and who should take them. This is especially true given the general inverse relationship between who is most responsible for producing these risks versus who is most at risk, Ms Marcantonio said.

During the 2021-22 academic year, the University, through its annual Notre Dame Forum, will engage in a series of conversations devoted to the theme “Care for Our Common Home: Just Transition to a Sustainable Future.” Inspired by Laudato Si’ and Pope Francis’ continued emphasis on these issues, the forum will feature a wide range of discussions and events over the coming year.

Since its establishment in 2005, the Notre Dame Forum has featured major talks by leading authorities on issues of importance to the University, the nation, and the larger world, including the challenges and opportunities of globalization, the role of presidential debates, immigration, and the place of faith in a pluralistic society.