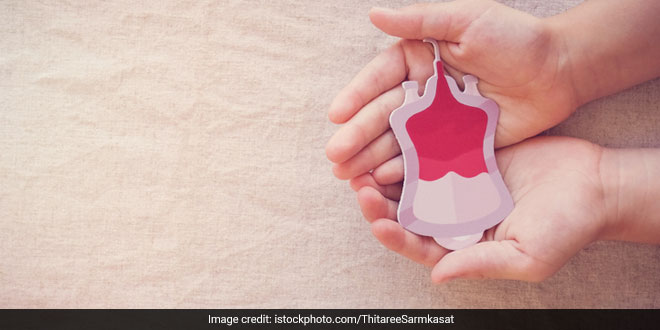 Washington D.C.: Treating patients suffering from coronavirus infection with transfusion of blood plasma from those who already recovered from the disease have been found to be safe and beneficial, a study suggested. The new study, conducted over 20,000 hospitalised COVID-19 patients, was based on a century-old idea in medicine that has been used against measles, influenza and Ebola. The treatment, also called convalescent plasma, found that people who recover from infection have virus-fighting antibodies floating in their blood, and transfusions of their plasma — the clear liquid after blood cells are removed — may give recipients’ immune systems an assist in fighting off the virus, The Washington Post reported.

The study, published in Mayo Clinic Proceedings on Thursday (June 18), is the largest analysis yet of an experimental treatment rapidly deployed in the early weeks of the pandemic through a grass-roots effort by physicians. What started as a proposal in a medical journal rapidly drew more than 2,000 medical institutions into a collaborative effort to work out the logistics of collecting and deploying the plasma.

The actionable message here is that this is safe, inexpensive, and the mortality rates in sick patients are quite low, said Michael Joyner, an anesthesiologist at the Mayo Clinic who led the study.

But he acknowledged there is a “chicken and egg” conundrum in trying to conclusively determine the effectiveness of the treatment. The patients were given the treatment through an expanded access program created by the Food and Drug Administration (FDA), not in a clinical trial in which patients are randomly assigned to receive the treatment or a placebo.

The data, he pointed out, are consistent with the treatment being beneficial. Among the first 5,000 patients who received a plasma transfusion, the death rate in the week after the transfusion was 12 per cent. That first group of patients received transfusions at a time when plasma was often in short supply and was administered to patients late in their illness. In the larger study, the mortality rate fell to less than 9 per cent.

There is no comparison group of patients who did not receive plasma, but the researchers speculate the death rate may have dropped because plasma became more widely available and was given earlier in the disease, which is when doctors say it is more likely to work, based on use in other diseases.

But other factors could also explain that drop in mortality — as the pandemic went on, physicians might have gotten better at treating COVID-19 patients, or people with less severe illness may have begun to show up at the hospital and receive the treatment.

To Help With The Shortage Of COVID-19 Beds In The Capital, Delhi’s Taj Mansingh Hotel Is Now A Five-Star Coronavirus Quarantine Facility