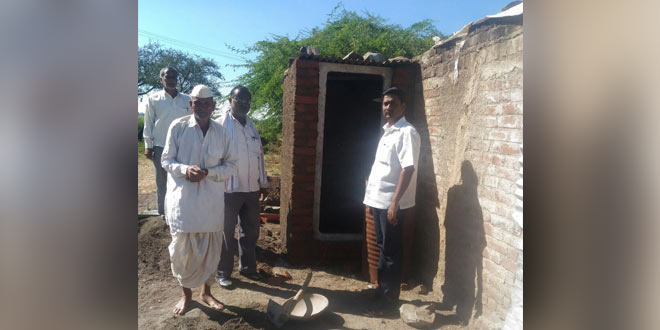 Patna: Bihar is likely to declare Sitamarhi and Rohtas as the first two open defecation free (ODF) districts in July 2017, followed by one or two districts by the end of this year, officials said on June30. Praveen More, WASH (Water, Sanitation and Hygiene) Specialist, Bihar Field Office, Unicef thanked Sitamarhi District Magistrate Rajeev Roshan. 200 of 273 gram panchayats of the district had been declared ODF and work was on in full swing to declare the remaining gram panchayats ODF in next two to three weeks.

Also Read: A District In Bihar Chose Satyagraha As Its Weapon To Fight Against Open Defecation

Sitamarhi and Rohtas are on the verge of becoming ODF and the state government is likely to officially declare both districts ODF by next month, Pravin More, said at a media interaction on the theme of ‘Building of a people’s movement for ODF Bihar’.

Rohtas District Magistrate Animesh Kumar Parashar and Sitamarhi DM Roshan have confirmed that they are working in the direction to declare their respective districts ODF.

It is difficult to say which district will become first between the two. There is a virtual competition to become the first and second ODF in Bihar, Mr More said.

In both districts, more than three lakh toilets have been constructed in the last one year.

Bihar Rural Development Minister Sharwan Kumar said the government had decided to achieve an ODF Bihar by October 2, 2019, under the Swachh Bharat Mission-Gramin (SBM-G).  But to achieve this, there is need for about 200 gram panchayats becoming ODF each month. That remains a big challenge for now. “It is a challenge for us to construct millions of toilets in next two-and-half years.”

Mr Kumar said, “The state government has been providing an assistance of Rs 12,000 to each above-poverty-line family under the Lohia Swachh Bihar Abhiyan for construction of toilets.”

According to Mr More, community participation was the key to behavioural change, with village after village adopting safe sanitation practices in Bihar.

We have been working towards community participation in hundreds of villages in several districts to make them ODF through collective behavioural change. We have also been educating and propagating at the primary stage to ensure an ODF village. When villagers themselves agreed to say ‘NO’ to open defecation, the government agencies helped them to construct toilets, he added.

According to him, the community was supported and assisted by the local leadership and administration officials. There was still a long way to go to achieve something remarkable in Bihar, as nearly 1.6 crore toilets still remain to be constructed, he said.

Also Read: This Is The First Open Defecation Free Block In Bihar

Before the construction of toilets, the entire village population is sensitised, mobilised and motivated through what is called the ‘Community-led Total Sanitation’ approach.

Sanjhauli was made open defecation-free in only 55 days. Over 6,000 families in 64 villages in six gram panchayats got toilets constructed in their houses, Mr Parashar said.