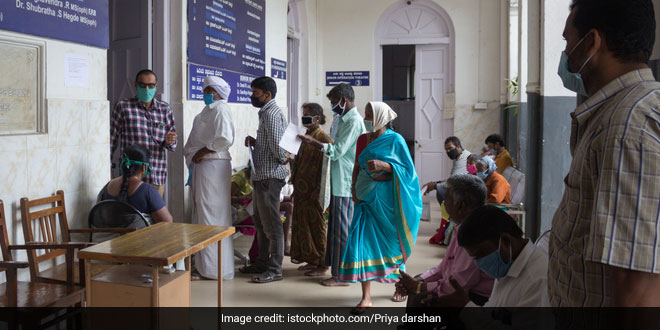 New Delhi: India has dropped two spots on the Human Development Index (HDI), according to the 2020 Human Development Report published by the United Nations Development Programme released on Wednesday. Asia’s third-largest economy was ranked at 131 among 189 countries in 2019. The HDI is the measure of a country’s health, education, and standard of living and ascertains a nations’ average achievement in three basic scales of human development – education, life expectancy, and per capita income. In 2018, India ranked 129 (out of 189) countries.

Here is a quick look at the top highlights from Human Development Index Report:

1. Top Five Countries That Topped The HDI: According to the report, Norway topped the Human Development Index, followed by Ireland, Switzerland, Hong Kong, and Iceland.

Singapore was ranked 11, Saudi Arabia 40, and Malaysia was at 62 in the global index, representing the top bracket among the Asian countries with “very high human development”. Other countries that are put under “high human development” are Sri Lanka (72), Thailand (79), China (85) and Indonesia and Philippines (both 107), and Vietnam (117).

Also Read: People Living With HIV Are Fighting The Triple Pandemic Of Virus, COVID-19 And Nutrition And Food Security

Bhutan and Namibia have overtaken India’s ranking, and are placed at the 129th and 130th spots, respectively. Among a clutch of South Asian nations, India, Bangladesh, Myanmar, Nepal, Cambodia and Pakistan were put under the category of countries with medium human development.

Also Read: In 2020, Lives and Livelihoods Of Up To 270 Million People Will Be Under Severe Threat: WFP’s Cost Of A Plate Of Food 2020 Report

3. Life Expectancy: Life expectancy for Indians at birth was 69.7 years in 2019, slightly lower than the south Asian average of 69.9 years, but slightly higher than the average of medium human development index groupings in the world at 69.3 years, the report said. Bangladesh has life expectancy of 72.6 years and Pakistan 67.3 years.

4. On Malnutrition front, the report said that indigenous children in Cambodia, India, and Thailand show more malnutrition-related issues such as stunting and wasting. The report said, “In India, different responses in parental behaviour, as well as some disinvestment in girls’ health and education, have led to higher malnutrition among girls than among boys.”

5. India’s Green Energy Initiatives: The report praised India’s commitment for reducing carbon emissions and said, “Under the Paris Agreement, India pledged to reduce the emission intensity of its GDP from the 2005 level by 33-35 per cent by 2030 and to obtain 40 per cent of electric power capacity from non-fossil fuel sources by 2030. As part of the plan, the National Solar Mission aims to promote solar energy for power generation and other uses to make solar energy competitive with fossil fuel-based options. Solar capacity in India increased from 2.6 gigawatts in March 2014 to 30 gigawatts in July 2019, achieving its target of 20 gigawatts four years ahead of schedule. In 2019, India ranked fifth for installed solar capacity,”

Even United Nations Development Programme Resident Shoko Noda said that the drop in India’s ranking doesn’t mean “India didn’t do well but other countries did better”. Ms Noda said India can help other countries too and lauded its commitment to reduce carbon emissions.

Vaccination For COVID-19 Will Be Voluntary, Advisable To Receive Complete Schedule Of Vaccine: Health Ministry

Like In Fight Against COVID-19, World Needs To Unite Against Water Crisis: Jal Shakti Minister