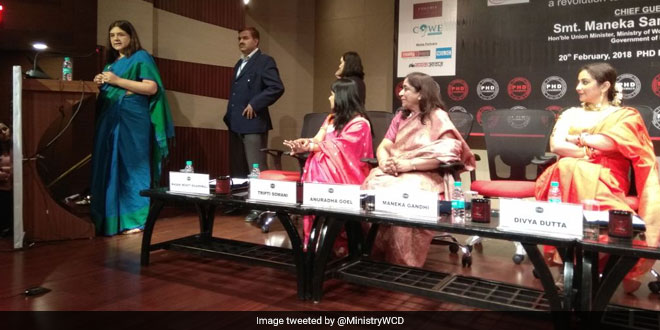 Along with being a subject of taboo in Indian society, in rural areas, low awareness on menstruation and lack of access to sanitary napkins result in girls dropping out of schools. A 2016 United Nations report stated that 20 per cent girls in India drop out of school on reaching puberty, as they did not have the means to purchase sanitary napkins and resorted to using cloth, or in even worse cases, ash. The #YesIBleed campaign under the Ministry will address such issues by providing access to sanitary napkins and increase awareness on menstrual hygiene.

The Union Minister said that a system of free distribution of sanitary napkins needs to be developed. Last week, Union Minister for Drinking Water and Sanitation Uma Bharti said that she had discussed the issue of menstrual hygiene with Union Ministers Maneka Gandhi and Smriti Irani and held talks on how low-cost sanitary napkins could be manufactured, distributed and safely disposed. Presently, sanitary napkins are taxed at 12 per cent under Goods and Services Tax (GST), a rate that has been questioned by the Delhi High Court in November 2017. Ms Gandhi said that it was important that menstrual hygiene was also included in school syllabi for better understanding of the concept and dispelling of myths.

The Ministry of Women and Child Development, Ministry of Textile and Ministry of Drinking Water and Sanitation have held talks on providing low-cost to free sanitary napkins in rural areas, as well as create awareness on their safe disposal. The #YesIBleed campaign will be initiated formally across social media platforms, so that the reach is larger. The government is hopeful of bettering the menstrual hygiene statistics by the end of 2019.