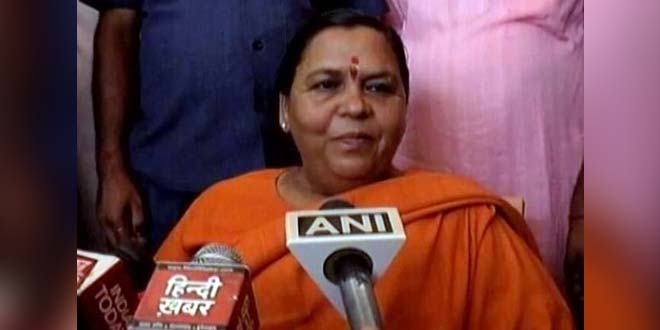 Citing that river Ganga’s purity is proportional to its uninterrupted flow, Bihar Chief Minister Nitish Kumar had a lengthy discussion with Union Minister for Water Resources, River Development and Ganga Rejuvenation, Uma Bharti on Thursday June 1, regarding the river’s reduced water levels and increased silt deposits. The silt deposits have reached unmanageable proportions due to reduction in water levels in areas of Patna and Bhagalpur. The Chief Minister also said that as per the Madhav Chitale Committee which was formed in 2016, desiltation of Ganga was one of the major problems highlighted in the committee’s report and the Bihar government had voiced its concern in 2015, even before formation of the committee, as well as to the previous UPA government, but to no avail.

Bihar has had a series of problems as far as treatment of Ganga is concerned. The state is yet to form a state level management committee that will partake in fund distribution and monitoring of works under the Namami Gange programme. Bihar is also lagging behind in terms of working towards eradicating open defecation from villages situated on the banks of the Ganga, being the least performing among five states through which the river flows. The Chief Minister mentioned how the state of the river was 20 years ago when compared to today, as the water is becoming unusable with each passing day. He stressed on the need for engineering solutions which would not hamper the ecology of the river any further.

The Union Minister for Water Resources informed the Bihar Chief Minister of the various initiatives taken by the Ministry as a part of the Namami Gange Programme. The Union Minister reiterated the importance of silt removal from the river and said that a team of engineers from Indian Institute of Technologies (IITs), environmentalists and a Ganga expert are working towards tackling the silt problem in the river. She also stated that strict action would be taken against those indulging in illegal sand mining along the river banks, as sand mining has caused great damage to the river, resulting in ecological imbalance and low water levels. Ms. Bharti also urged the state government to work towards removing encroachments on lands at the banks of the river.

During her visit to Bihar, the Union Minister also announced that a sewage treatment plant worth Rs. 300 crores has been sanctioned to be built in Munger, to ensure that no sewage from the area is disposed off into the Ganga without treatment. She also announced the construction of a water treatment plant worth Rs. 20 crores in Bhagalpur’s Sultanganj to check the direct flow of polluted water into the river.