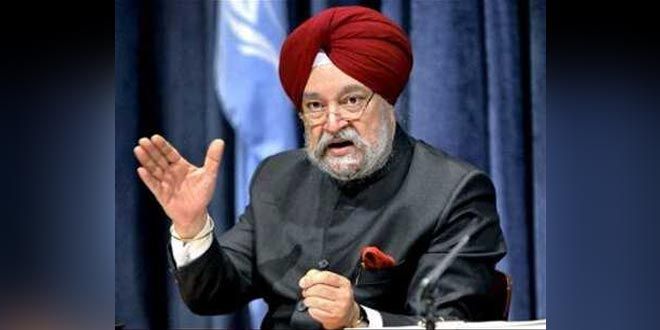 New Delhi: Sanitation journey of India’s urban areas is far from over. It began well, but a lot needs to be done and met. To meet the desired goals and targets of Swachh Bharat Abhiyan and making urban areas sustainable, each one of us will need to take more initiatives. This was Union Urban Development Minister Hardeep Singh Puri’s message at the National Conference on Future of Urban Sanitation in India organiSed in the national capital today. The union minister said,

Urban sanitation journey, though well begun, is far from over. It will require our concerted and collective efforts to ensure that we can leave behind for our future generation cities and public spaces that are inclusive, safe, resilient and sustainable.

Further talking about India’s sanitation scenario and efforts made over the past few years in making Swachh Bharat Mission a jan-andolan, he added,

A Look Back At Swachh Bharat Mission

Five years, down the line, the target of Swachh Bharat Mission has almost been achieved, according to the government, which claims rural India is ODF with construction of over 10 crore toilets and over 94 per cent of the urban local bodies are ODF and the government has been able to construct nearly 60.5 lakh individual households toilets under the Swachh Bharat Mission (Urban).

Will A Karnataka Resort’s ‘Weigh The Waste-Feed A Child’, Campaign Manage To Tackle Food Wastage?