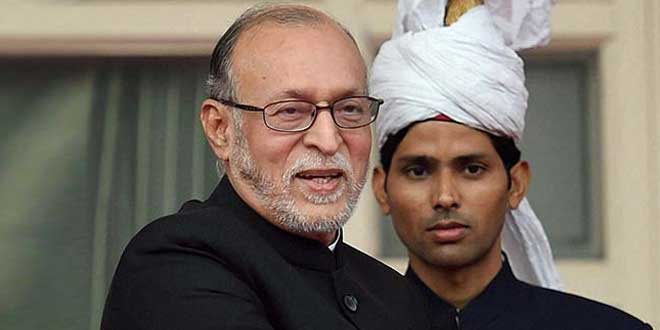 Concerned over all three landfill sites in the national capital running out of their capacity, Lt Governor Anil Baijal has pitched for use of solid waste in constructing highways.

In Delhi, there are three landfill sites – Bhalaswa (North Delhi), Ghazipur (East Delhi) and Okhla (South Delhi), which are on the brink of saturation. In December last year, the East Delhi Municipal Corporation (EDMC) and the National Highway Authority of India (NHAI) had signed an MoU to use inert material of Ghazipur landfill site for building embankment in widening of Meerut Expressway.

Later, NHAI opined that the inert materials be used only for 10 km stretch of the expressway on pilot basis.

The Lt Governor had yesterday met Union Minister for Road Transport and Highways Nitin Gadkari to resolve this issue and proposed use of inert materials of the other two landfill sites too, a source said.

Once the proposal is implemented, it will reduce air and water pollution in Delhi and the sites can be used for solid waste management, an official said.

Officials said dumps from these landfill sites can be used for constructing the roads being built by the NHAI.
Around 8,370 metric tonnes of garbage is generated in areas under the three civic bodies of the national capital, New Delhi Municipal Council and Delhi Cantonment Board.

NGT Re-Allows Camping Along The Ganga With Limitations