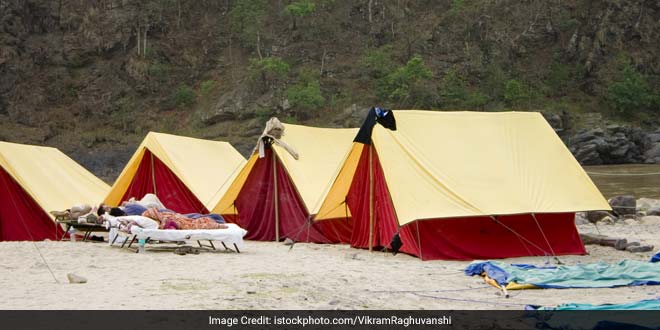 The National Green Tribunal (NGT) on Thursday re-allowed camping activities along the banks of the Ganga in Uttarakhand with certain limitations.

The tribunal, however, maintained that the ban on camping within 100 metres of the Ganga river will continue.

A bench headed by NGT Chairman Justice Swatanter Kumar said that there are 33 sites along the banks of the Ganga, of which eight fall with in the 100 metres range, where camping is not allowed.

The decision came after environment activist Vikrant Tongad in 2015 had moved the NGT against the arbitrary and unregulated camping along the river.

It is a welcome decision. But it is only half part done as this decision’s implementation in its true spirit is still a cause of concern for me, Tongad told IANS.

He said that earlier people would camp along the river at any desired place and leave behind plastic bottles, pouches on the bank and also disposed of waste in the river, which deteriorated environment in Rishikesh.

Tongad said that the forest department of the Uttarakhand government and Wildlife Institute of India (WII) had identified 33 places in a five-km stretch between Shivpuri and Rishikesh where camps can be set up.

NGT finds only 25 places fit for camping along the Ganga river. Now it will be more important if the state government implements the order in its true spirit, Tongad added.