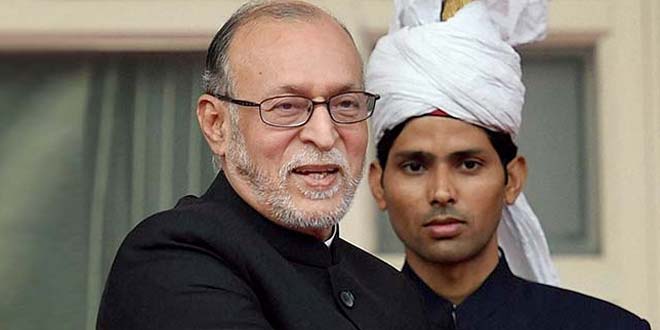 New Delhi: Delhi Lieutenant Governor Anil Baijal on Saturday directed the municipal corporation to use modern technologies to resolve the problems at the capital’s landfill sites.

Mr Baijal said this during his visit to the city’s largest landfill site in north Delhi’s Bhalswa area. He was accompanied by all the three commissioners of municipal corporations, secretary (Power) and other officials of the agencies concerned.

He emphasised that there was an urgent need for immediate intervention at the landfill site and directed the municipal corporation to use modern technologies to resolve the problem at the earliest.

Stressing on implementation of efficient solid waste management strategies, Mr Baijal said the concerned agencies should work in coordination with the Delhi Pollution Control Committee to resolve the issues.

The LG also reviewed the progress of the signature bridge project at Wazirabad where he directed the officials to send monthly reports to monitor its timely completion.

Focus On Recycling Plastic Rather Than Banning It: Experts