New Delhi: At some point in your life, you may have paid a nominal amount at a public toilet after using it. But what if the pay-and-use concept is reversed and you get money in return for opting to use a public toilet? While this may come across as a ponzi scheme, a café in Gujarat’s largest city Ahmedabad is actually doing this. The goal of this unique toilet-themed cafe is simple – make toilets available for common people, prevent open defecation, improve sanitation and thereby realise Mahatma Gandhi’s dream of a Clean India. 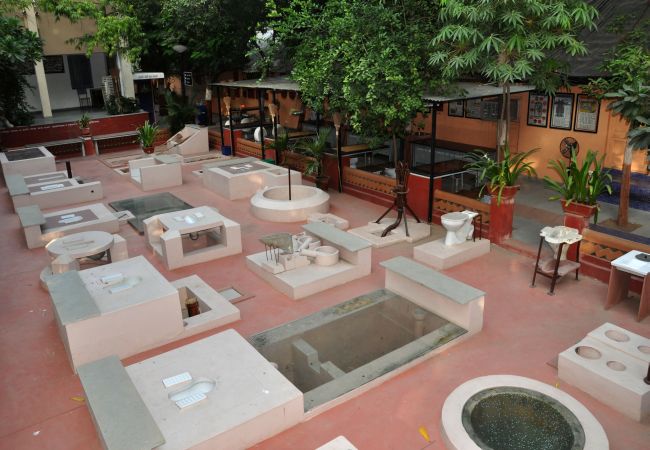 The ‘Toilet café’, dates back to the time of India’s freedom struggle movement. A 10-year-old Ishwarbhai Patel was shocked to know about manual scavenging and a section of the society responsible for manually cleaning the toilets during a class while he was still in school. Disturbed by the horrendous reality, by the time he was in college, Ishwarbhai decided to fight against the caste system and instill dignity in the lives of sanitation workers. Since the late 50s, Ishwarbhai contributed towards a clean India, either through awareness programmes or lectures on sanitation across the country. He was also instrumental in constructing over 2 lakh toilets and launching nearly 120 organisations to spread the message around the country. Fondly known as ‘Mr Toilet’, he was awarded Padma Shri in 1990 for his tremendous contribution. 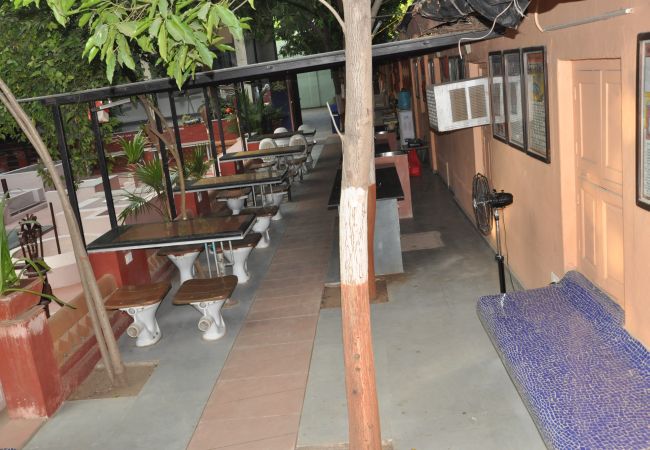 Ishwarbhai often used to say that the dignity of a ‘Toilet’ and a ‘Temple’ should be equal. In temple, one cleanses his inner soul and in toilet, one cleanses his inner body. And the best way to realise the importance of toilet is by making it an integral part of our lives. Based on this very thought, his son Jayesh and the Safai Vidyalaya opened the café, says Devendra Parekh who worked with Ishwarbhai Patel for close to 26 years.

As the name suggests, instead of chairs, commodes and toilet pots are placed in the seating area. This is to help people get rid of  toilet as an alien or elitist concept and integrate it as a necessary aspect of their lives. Thought provoking quotes on sanitation and cleanliness are displayed on the walls. Some of these include: ‘Water is life, but sanitation is a way of life’, ‘Poverty is no bar to sanitation’, ‘Every lavatory must be as clean as a drawing room’, ‘Sanitation is more important than political freedom’. 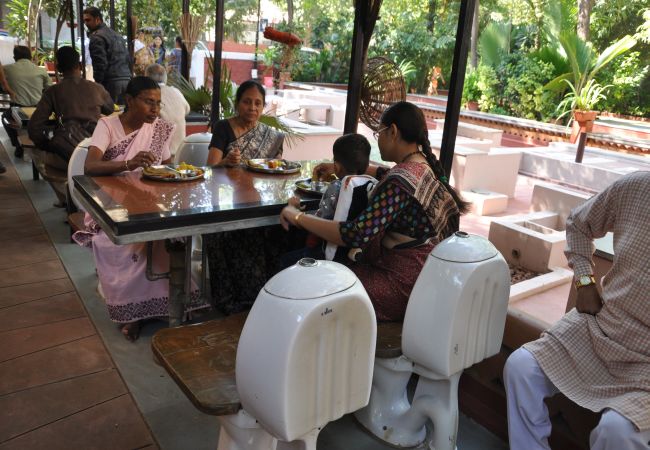 The café has a total of seven toilets (five are regular ones and two are linked with composting machines to produce biogas) which are open for anyone and everyone. Depending upon which of the two categorised toilet one uses, and the user is paid an amount ranging between Rs 2 and Rs 5.

Also Read: Trash To Toilets: At 11 He Came Up With The Idea Of Making Bricks From Waste. At 23, He Is Making It A Reality

With so much of importance being given to waste management in India, we also wanted to put a message of waste being resourceful. Hence, we recently installed composting machine to convert human waste into manure and biogas fuel, explains Mr Parekh. 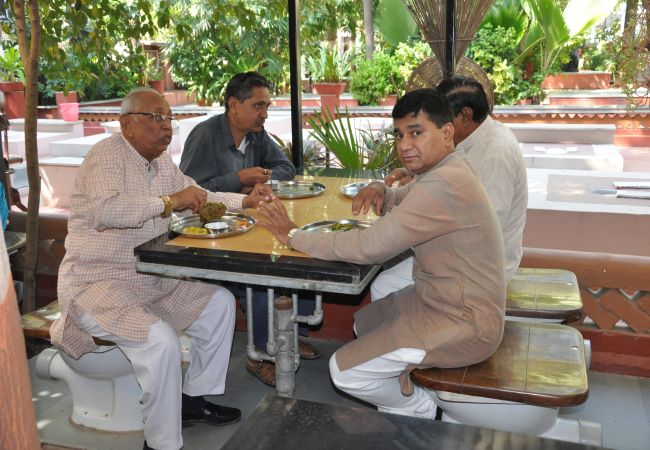 The café has a huge garden where people from different strata of the society come and spend time. From school children, young people, writers, poets to corporate groups, people often hold their gatherings or meetings at this café. Besides, events including film screenings, staging of plays, and poetry recitals are held on weekends. This unique idea where open defecation ends and people’s profit begins has caught the attention of the locals and on an average the café records 40-50 people everyday.

Mr Parekh says, “Whoever comes to our café, we give them facts or stories related to sanitation and request them to carry the message forward and spread awareness in their respective circles.”

Under the Swachh Bharat Abhiyan, the Ahmedabad Municipal Corporation had even lauded the efforts of the toilet café and honoured them under the ‘unique ideas to prevent open defecation’ category during the Swachhta Pakhwada held in January this year.