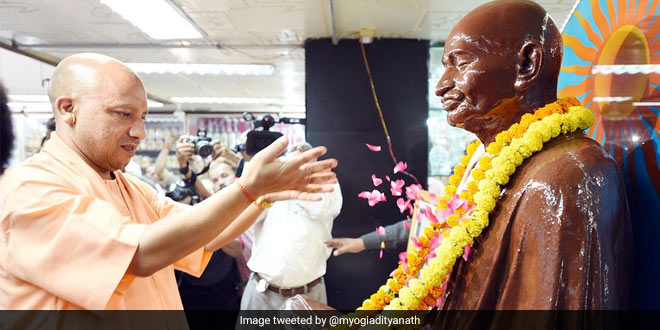 He was speaking at a BJP programme to mark the completion of 15-day drive for cleanliness.

Three years ago, Prime Minister Modi had resolved to make the country clean and today it has turned into a people’s movement, Chief Minister Adityanath said.

He said that by 2022, when the country will celebrate 75 years of Independence and the 150th birth anniversary of Mahatma Gandhi, the target would be removing all social ills and poverty.

By then (2022) we will have realised the dream of Swachh Bharat Shreshta Bharat, which is possible only through people’s participation.

On the occasion, the chief minister and BJP state unit president Mahendra Pandey flagged off the “swachhta marathon meant for creating awareness about cleanliness among the public.”