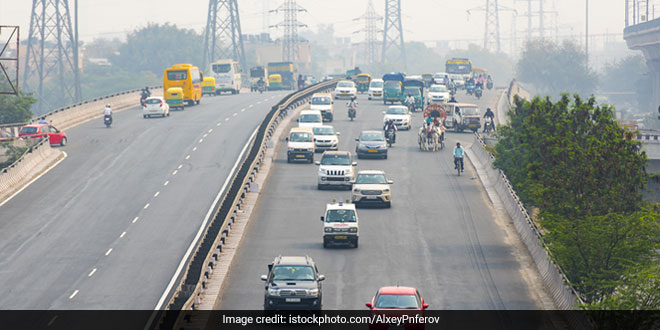 Lucknow: The national and state highways in Uttar Pradesh will soon have clean and bacteria-free air as the Yogi Adityanath government is planning to plant herbal Ayurvedic plants along the highways in the state to improve air quality and also promote Ayurveda. According to Deputy Chief Minister Keshav Maurya who also heads the PWD Department, Uttar Pradesh is on its way to becoming the first state to implement the plan which is an extension of the Ayushman Bharat Yojna.

A pilot project has been launched in 18 districts. The project aims at curbing the growth of non-native species such as cacti and bonsai in homes, offices and parks, and promoting plants mentioned in the Ayurveda system of medicine.

A senior official in the PWD Department said that plants like turmeric (haldi which is used in cooking and is known for its anti-bacterial properties), brahmi, ashvagandha, anantmula, janofa, mashparni, saptparni, tulsi and jal meem are among the 34 herb varieties that have been identified for plantation along the highways.

According to Ayurveda experts, the benefits of brahmi include sharpness of memory and ashvagandha has been in use for general wellness and helps in fighting depression and high blood sugar.

Health experts said that one of the prime reasons for unfit India is shrinking open air and shrinking Ayurveda plantations.

There is a need for herbal-rich gardens to naturally improve the health quality. Asthma, cancer and skin diseases are growing despite hospitals and availability of doctors.The cure is possible with help of these herbs. For centuries, Indians have used these Ayurveda herbs, either as condiments in cooking or to cure diseases.