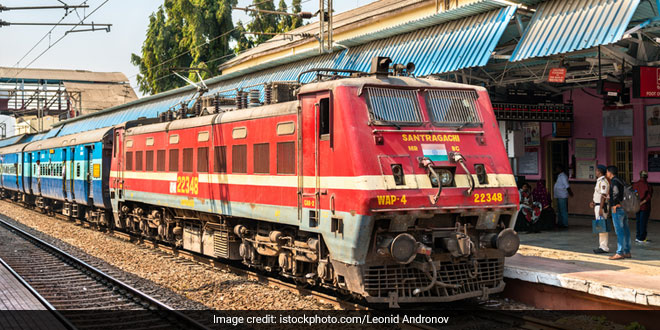 New Delhi: Minister of State for Railways Suresh Angadi Tuesday asked officials to travel in all classes, including the general class coaches, and take passenger feedback with an aim to improve cleanliness, hygiene and other services. The direction came during a review meeting chaired by Railway Minister Piyush Goyal and attended by General Managers (GMs) of Zonal Railways/Production Units, Divisional Railway Managers (DRMs) through video-conference. During the meeting, Mr. Angadi asked the officials to ensure that the Railways reaches to the poorest of the poor. The MoS told them,

Most of the trains have vestibules, so travel in all classes, including the general class. See if the toilets and coaches are clean. Speak with the passengers, get feedback. Submit reports so that corrective measures can be taken. Safety, cleanliness and hygiene in railways should continue to be key focus areas.

His suggestion follows Chairman Railway Board Vinod Kumar Yadav’s instructions to officials Monday to travel by trains on official trips. Mr. Goyal also called upon the Zonal Railway officials to work as a team to achieve ambitious targets set by Railway Board.

Mr. Yadav asked the GMs to closely monitor projects related to safety in train operations. He emphasized on elimination of Manned Level crossings and construction of Road over Bridge (RoBs)/Road Under Bridges (RuBs) at a swift pace in each zone.

In the last two months, 229 MLCs have been eliminated as compared to 65 in 2018-19, according to official data. Mr. Yadav also directed GMs to enhance their efforts to further improve punctuality. He stressed that Zonal Railways should plan safety and infrastructure works in a coordinated manner so that contiguous works are taken up together on a particular date or period so that the adverse impact on punctuality be mitigated.

On Monday, the Railways instructed its general managers to ensure that their officers travel frequently by trains during official tours and submit reports on condition of coaches. In a letter addressed to all general managers of zonal railways, the Railway Board Chairman had said that the officers should also interact with passengers.

Mr. Yadav had said in the letter dated June 13,

Travelling by train is an opportunity to gain first-hand insight on the actual conditions in respect to our services. This alone can provide us ‘moments of truth’ with our passengers and customers and equip us with invaluable knowledge to continuously innovate and improve our services.