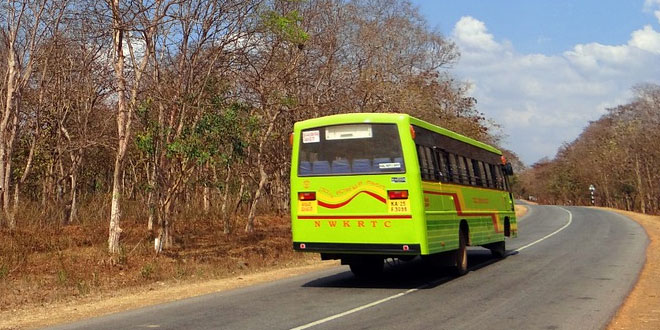 New Delhi: Union Transport Minister Nitin Gadkari on said the size and scale of the biofuel-run bus operations has to be large in order to make it viable and added that he is in talks with the Uttar Pradesh government to introduce 5,000 such buses in the state.

“I met Uttar Pradesh Chief Minister Adityanath Yogi a few days ago for introducing 5,000 such buses… We need to implement biofuel-run buses on a large scale,” he said interacting with officials of Scania, a transport company, here.

According to Mr Gadkari, the government is planning to implement “London Transport Model”, in which private companies invest in raising the infrastructure and the government pays them on “per kilometre” basis.

In the same interaction, NITI Ayog CEO Amitabh Kant and environmentalist Sunita Narain also stressed the need to implement the scheme on a large scale.

Also Read: Delhi-NCR’s Pollution Levels And Traffic Congestion Will Be Reduced By 50 Per Cent Within Next Two Months: Nitin Gadkari

Mr Kant said the government was ready to facilitate private companies to come forward to take up green transport, as the thrust was on reducing air pollution.

Ms Narain said the government should have clear idea of the barriers for this kind of mass transport system.

She said the huge capital expenditure of biofuel-run buses could be a spoiler. “The toughest barrier is going to be the cost.”

Mr Gadkari said the country was facing crisis on agriculture front due to drop in crop prices and problems due to imports of crude oil.

We need cost-effective, import-substitute and pollution-free fuel. Not just molasses, now the government is planning to make ethanol from cotton straw, wheat straw and bamboo as well, he said.

Burning rice straw around Delhi was one of the reasons for pollution in the city, which could be controlled by giving Rs.2,000-2,500 per tonne to farmers, he said.

The country had huge potential in methanol production and the government was planning to use it in shipping by converting diesel engines into methanol-run ones, the Minister added.

Also Read: Why You Could Suffer From More Pollution While Driving A Car Than Riding A Bus On Highways? IIT Kharagpur Researchers Find out