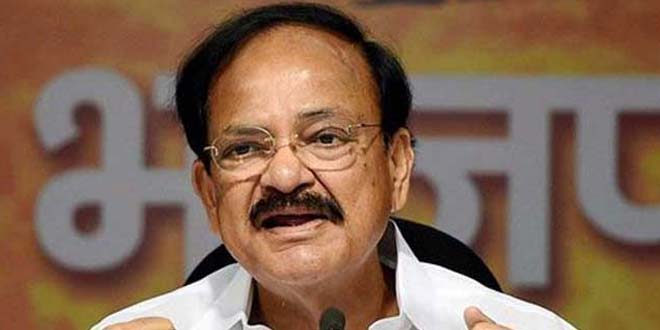 Also Read: COVID-19 Crisis: Deaths Related To Hunger Among Children May Increase By 12.8 Lakh This Year Due To The Pandemic

We must step up investments in improved storage, processing and preservation to retain the nutritional value of food products, rather than investing in highly processed foods, he opined, according to an official statement.

In order to ensure food and nutrition security for all, Mr. Naidu called for making agriculture more resilient and profitable. He also emphasised the need to minimise pre-harvest and post-harvest losses and improve market infrastructure. Farmers should be able to get their produce from the farm gates to markets at reasonable cost, he said. Referring to the sustainable development goals, the vice president said it is time to take stock of the progress made so far.

Where are we in terms of achieving Zero hunger’ and good health and wellbeing’ goals, he asked.

Citing a UN report which states the number of people suffering from hunger in the world has been slowly increasing in recent years, Mr. Naidu said that nearly 750 million people were exposed to severe levels of food insecurity in the world in 2019.

Also Read: How Are The Children In India Receiving Their Mid-Day Meals Amid The COVID-19 Pandemic?

Drawing attention to the worrisome hunger indicators in the world, the vice president emphasised the need to do things differently and more quickly. We need urgent, focussed and concerted action at national, regional and global levels, he said.

Maintaining that India has made significant strides in reducing hunger, undernourishment, infant mortality, Mr. Naidu expressed satisfaction that government has accorded the highest priority to combating health and nutrition problems in the country.

Highlighting the impact of the COVID-19 pandemic on the lives and livelihood, Mr. Naidu said the problem of hunger and undernourishment may become more acute with the coronavirus-induced global economic slowdown. He lauded Indian farmers for record food grain production despite several challenges and limitations during the lockdown period.

They could do so because of their commitment, hard work and native knowledge, he said.

Opining that healthy, socially connected and prepared people are better able to cope with disasters, the vice president called for an urgent need to invest in building resilient communities. He also said policy-makers and politicians should also focus on population planning. Stressing the need to use advances in scientific knowledge for human welfare and reduction of hunger, Mr. Naidu called for blending it with traditional knowledge of indigenous communities, the statement said. The vice president called for concerted action by the public, civil society, panchayati raj institutions and governments to accelerate progress and in achieving lasting success in this area.