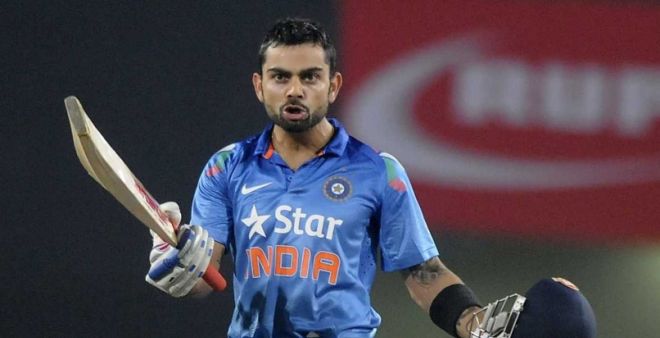 New Delhi: On the penultimate day of the 15-day special campaign – Swachhata Hi Seva, Captain Virat Kohli, Coach Ravi Shartri and team, came forward to show their support to Prime Minister Narendra Modi’s ‘Swachhata Hi Seva’ campaign ahead of the 5th and final ODI against Australia in Nagpur. The team posted a small clip on social media in order to show their support towards Prime Minister Modi’s campaign and urged people to make India garbage free so that a dream of a clean India can be fulfilled.

Batting for Swachh Bharat cause, Captain Virat Kohli said, there is no other place garbage deserves to be in, other than a dustbin, we India cricket team are in full support of Prime Minister Narendra Modi’s Swachhata Hi Seva Campaign.

Head Coach Ravi Shastri said, “Let us all join hands and make India a cleaner and a better place to live in.”

Absolute Honour to receive from @PMOIndia, will do everything for #SwachhataHiSeva @BCCI pic.twitter.com/AOtVye97Yn

A few days ago, the campaign also got support from cricket icon Sachin Tendulkar, along with his son Arjun Tendulkar and Yuva Sena President Aaditya Thackeray carried out a special swachhta drive near the famous fort of Bandra in the wee hours of the morning.

The ongoing Swachhata Hi Seva campaign which was initiated by Prime Minister Narendra Modi last month during his monthly radio programme Mann Ki Baat was launched by Ram Nath Kovind on September 15 in order to give a push to the ongoing Swachh Bharat mission efforts. Apart from cricket team, the initiative has found support from many celebrities and well known personalities like Anushka Sharma, Rajnikanth, Aishwarya Rai Bachchan, Anil Kapoor, women’s cricket team, football team among others.