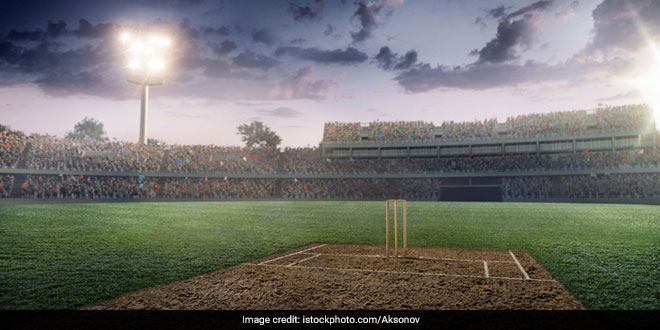 Mumbai: ‘My Waste, My Responsibility’, a mantra that is encouraging people all over the world to take a responsibility of managing their own generated waste, will now be adopted during a cricket match played between India and West Indies on November 1 at the Greenfield International Stadium, The Sports Hub in Thiruvananthapuram. The decision was taken at a meeting led by Mayor V K Prasanth. He said that the green protocol will be implemented from October 18 onwards by distributing 10,000 cloth bags among people in the city and several other steps will be taken ahead of the match.

From keeping the stadium litter-free, scientifically managing garbage to prohibiting plastic items inside the stadium, the Sports Hub in association with the Thiruvananthapuram Municipal Corporation will take a number of measures to ensure a waste-free match.

Talking about the idea of having a clean and green stadium, Dr Shashi Kumar, Health Officer of Thiruvananthapuram Municipal Corporation says,

Elaborating on how treating waste is the first and the key step in organising a green event, Ameer Shah, Programme Officer of Suchitwa Mission says,

All the waste generated during the match will be segregated into wet and dry waste and sent for composting and recycling respectively. Extended Producer Responsibility (EPR) will also be executed according to which seller/producer of the product must create a provision for bringing its product back to the place where it was made. Sellers will have to ensure that plastic bottles used in the event are sent for recycling.

To avoid plastic usage, the civic corporation will provide biodegradable plates made of sugarcane waste and palm leaf plates in the stadium. The plates made from bagasse fibre will send out a strong message among thousands of cricket fans present during the match. Use of disposable cups will also be prohibited completely. The corporation will issue licenses to only those vendors who promise to follow the green protocol and sell their food in plastic-free packets.

Among the slew of measures, the stadium authorities have arranged for a mobile scanning machine to prevent paper waste, “Paperless tickets is one of the green goals we are aiming at. Discarded tickets makes for a major proportion of the littered items inside a stadium. By going paperless we are eliminating the issue of paper waste,” said Mayor Prasanth.

Student cadets have also been appointed by the corporation to clean the stadium, which has a seating capacity of 50,000, before and after the match.