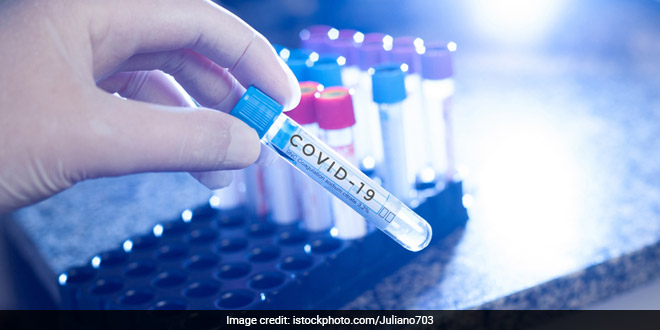 New Delhi: The World Health Organisation (WHO) released its long-awaited report on the global tracing of COVID-19 origin on Tuesday (March 30). The report comprises the findings of the team of 34 experts from the WHO and China which jointly conducted the investigation in the central Chinese city of Wuhan, where the virus was first reported in December 2019, from January 14 to February 10. The report, which explored genetic, epidemiological and animal data from the earliest known days of the outbreak, has noted that the novel coronavirus probably spread to people through an animal, and may have started spreading among humans no more than a month or two before December of 2019. The team of experts has called for continuing the study for searching the origin of the virus.

The report produced by the WHO team gives four possible explanations for the origin of the SARS-CoV-2 virus instead of one firm conclusion. The possible origin stories range from a lab leak to a jump from animals to humans. The “very likely” scenario as per the report is where the virus spread via an intermediate animal host, possibly a wild animal captured and then raised on a farm. But the investigation has not found what other animal was infected by a bat which is considered the most likely original source of the virus and then may have transmitted it to a human. “The possible intermediate host of SARS-CoV-2 remains elusive,” says the report.

The next likely scenario is direct transmission from one of the animals known to carry a similar coronavirus, such as a bat or a pangolin.

There Are Still Some Unturned Stones: WHO

According to WHO Director-General Dr Tedros Adhanom Ghebreyesus, as far as WHO is concerned, all hypotheses remain on the table. He said,

This report is a very important beginning, but it is not the end. We have not yet found the source of the virus, and we must continue to follow the science and leave no stone unturned as we do. It advances our understanding in important ways, while raising questions that will need to be addressed by further studies. Finding the origin of a virus takes time and we owe it to the world to find the source so we can collectively take steps to reduce the risk of this happening again. No single research trip can provide all the answers.

Dr Tedros emphasised that the team has concluded that hypothesis that says the leak was from a laboratory is least likely but it requires further probe. He said that the first detected case had symptom onset on the 8th of December 2019. However, he highlighted that a major challenge faced by the team during the investigation was the lack of access to data including biological samples from at least September 2019 which can help to track the disease from an earlier date.

As the WHO released its report, a number of countries including the United States, Canada, Australia, the U.K. and Japan, issued a joint statement raising doubts about the findings and the research process. According to Dr Preeti Kumar, Vice President – Public Health System Support at the Public Health Foundation of India (PHFI), it is important to efficiently trace the origin of the coronavirus because it is a rapidly evolving virus and the insights from its origin can help in developing more efficient vaccines and treatments for the disease. WHO’s COVID-19 data shows that so far, more than 12.8 confirmed cases of the raging coronavirus have been reported across the world and over 28.03 lakh deaths have occurred globally due to it.