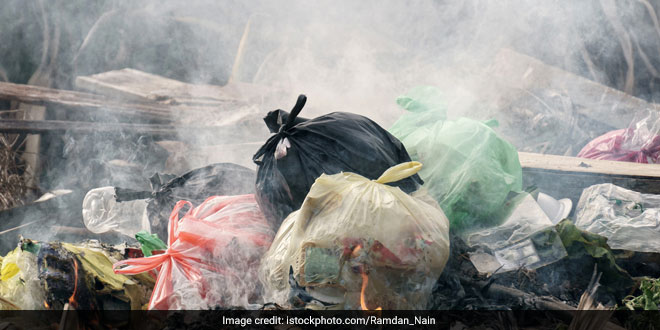 New Delhi: In October 2017, environmental activists in Bengaluru heaved a sigh of relief on learning that the Bruhat Bengaluru Mahanagara Palike (BBMP), the city’s civic body will use confiscated plastics from shopkeepers for road construction. Bengaluru had banned the use of plastic bags, covers and sheets in March 2016 and in the next year and a half, confiscated more than 800 tonnes of plastic from shopkeepers. But despite its assurance to use the plastic in road construction, the BBMP is yet to do so properly. Requests by activists have not been entertained by the BBMP, and many plastics remain lying idle with the civic body.

Given the non-decomposing nature of plastic, activists of several NGOs had met BBMP officials last year and gave suggestions on how the confiscated plastic could be used. Since road repair and construction is a recurring affair across Bengaluru, BBMP Commisioner N Manjunath Prasad had assured that the confiscated plastic would be used for construction as it served dual purposes of using plastic and not incurring high cost. With confiscated plastic not being used on a large scale, activists are questioning the civic body’s seriousness with regard to managing the problem of plastic in the city.

Construction or repairing of roads is a task BBMP has to undertake every monsoon and spend a significant amount on it. The confiscation after the plastic ban would have served two purposes at once, as it would have reduced BBMP’s cost of making new roads, as well as made good use of the confiscated plastic. But till now, there has been no significant usage of the confiscated plastic and we are afraid that it may be sold to retailers and enter the market again, said Ramendran S Redddy, Founding Member of the Bengaluru based NGO Vidyaranya.

Pravin Ananthswamy of K.K. Plastics, a recycling agency and occasional consultant to BBMP on plastic waste management, said that the BBMP has received multiple suggestions from several experts on utilising confiscated plastic, but is yet to implement all of them. Though several private NGOs and waste collection agencies have approached the civic body and offered them to use plastic collected by them, the BBMP has so far showed little or no interest.

Many states in India like Maharashtra, Tamil Nadu and Andhra Pradesh have already taken to using plastic in road construction. Tamil Nadu has over 10,000 kilometres of operational roads made of plastic.

With a more active role by BBMP in utilising confiscated plastic as suggested by activists in Bengaluru, Karnataka too could join the list of states where plastic is used efficiently instead of ending up being a burden on the already stressed environment.

Also Read: Maharashtra Plastic Ban: Mumbaikars Can Make A Phone Call To Get Rid Of Plastic From Homes